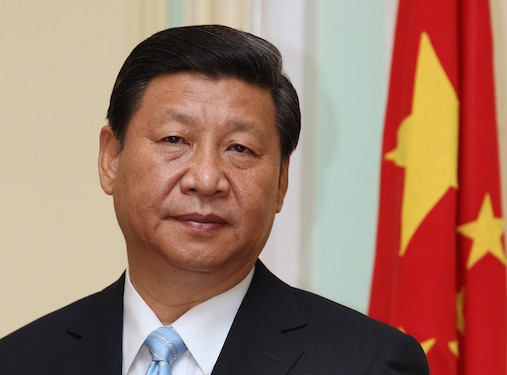 President Xi Jinping of China on Friday announced 10 new economic measures to assist the development of Africa in the next three years.

The president disclosed this at the Forum of China-Africa Cooperation Summit (FOCAC) in Jo’burg.

Jinping, who said that China would continue to be in the forefront in the development of the continent, described relations with Africa as a “shared destiny and common interest’’.

He called on African leaders to be ready for an improved relation with China, adding that China was ready to take relation with Africa to the next level in a mutually beneficial cooperation.

The News Agency of Nigeria (NAN) reports that the area of the support include economic cooperation, mining, agriculture, public health, infrastructure and industrialization.

He said China was committed to the principles of win-win situation that would promote growth and development of both parties.

Responding, the Chairman of the African Union, President Robert Mugabe of Zimbabwe, called on African Leaders to take relation with China “very serious” as China had showed commitment to African development.

He said the measures announced by Jinping had covered areas of need in African development.

“Here is a man representing our continent; what he is doing for us is what the people that colonized us yesterday should have done.

“Let them hear what I said; China’s President is a God sent to Africa. God bless China.’’

He said the summit was a demonstration of seriousness by both parties to deepen relations at all sides for mutual benefit.

He also said that the much anticipated measures by China would inject new dynamic relation with African countries.

“Our detractors will continue to point at China’s new appetite for mineral resources but the reality on ground did not reflect this.

“We have enjoyed China’s support for development, we therefore rededicate our commitment to the relationship with China,’’ Mugabe said.

The chairman said that FOCAC had contributed to the development of the continent and created regional ties and integration, adding that he had no doubt that with China’s support, the continent would witness great achievements.

“We welcome China as a key partner in development; with the cooperation of Africa and China, we will make impact in the world economy,’’ he added.

The Chairperson of African Commission, Dr Nkozasana Zuma, also commended China for its assistance to the continent.

She said the theme of the summit “wining together’’ was apt “as it was based on historical ties between Africa and China’’.

Zuma said that FOCAC was formed in 2000 few years after the collapse of apartheid regime in South Africa.

She said China’s measures in supporting Africa development as announced answered the expectation of African countries in a win-win situation.

South African President, Jacob Zuma, who was the co-chair of the Summit, said the measures would take China-Africa relation to the next level.

While commending China for championing peace and development in Africa, Zuma said the relationship with China was different from the rest.

He, however, said that there was the need for investment flow into the continent to make Africa economy survive the global economic meltdown.

He said there was hope for Africa as some countries in the continent remained the fastest growing in the world.

NAN reports that no fewer than 50 heads of states, including President Muhamadu Buhari of Nigeria attended the Summit