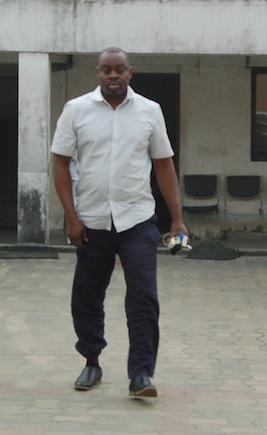 The Economic and Financial Crimes Commission, EFCC on Thursday arraigned one Boniface Pius Egbuziem before Justice S.C Amadi of the State High Court sitting in Port Harcourt, Rivers State on one count charge bordering on cheating to the tune of Forty Four Thousand Euros.

The suspect, Boniface Pius Egbuziem who is resident in Germany allegedly tricked his tenant in Nigeria into a phony boat purchase scheme. He was said to have convinced the tenant that he could help him purchase a boat in Antwerp, Belgium and ship it to Nigeria.

Based on this agreement, the complainant sent €87,000 (eighty seven thousand euros) for the purchase of the boat named Kormoran against its original price of €43,000 (forty three thousand euros).

The charge reads: “that you Boniface Pius Egbuziem between January and February 2009 at Port Harcourt within the Port Harcourt Judicial Division of this Honourable Court did fraudulently trick one Kingsley Konugah to pay the sum of 87,000 euros for a used boat named “KORMORAN” instead of 43,000 euros, a sum greater than the sum he (Kingsley Konugah) would have paid but for the trick and thereby committed an offence contrary to section 421 of the Criminal Code Act CAP 77 Vol. 5 Laws of Federation of Nigeria 1990 (Revised Edition).”

The accused pleaded not guilty to the charge.

In view, of his plea, the prosecuting counsel, R.E Alao requested a date for the commencement of trial. However, the defense counsel, Vitalis Ajoku urged the court to grant the accused person bail.

Justice Amadi adjourned the matter to December 7, 2015 for hearing of bail application, and December 18, 2015 for the commencement of trial. He ordered the accused person to be remanded in prison custody.