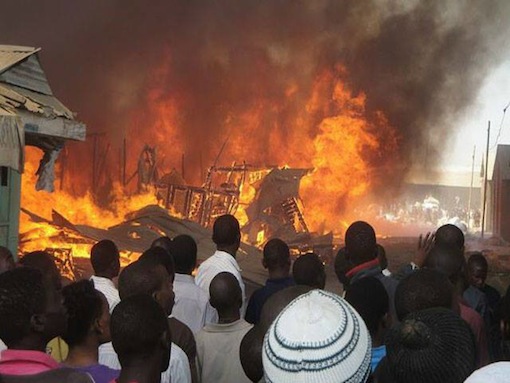 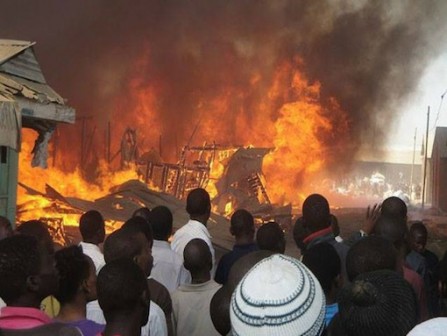 Fire gutted the furniture section of the Sabon Gari market situated on France Road in Kano on Thursday.

Eye witness told NAN that the incident started at around 8:30pm.

According to the witness, the property worth millions of Naira were likely to affected.

However, the cause of the inferno was yet to be ascertained.

NAN reports that men of the fire service were still battling to put out the fire as at the time of filing this report.

When contacted, the Director of the state Fire Service, Alhaji Balarabe Kabara confirmed the incident.

He told NAN that the fire started at the furniture section of the market.

He said his men were still at the market trying to put out the fire.