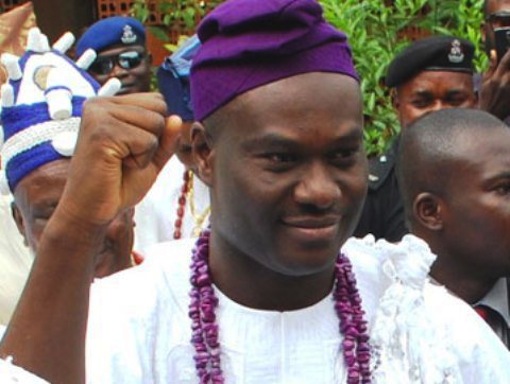 The activities marking the events for the coronation of His Imperial Majesty, the Ooni of Ife, Oba Adeyeye Eniitan Babatunde Ogunwusi, the Ojaja II, continues today with special Jumat Service for the king at the Central Mosque, Enuwa, Ile-Ife while youths of the town will embark on carnival and fashion show immediately after the service.

Football match between the Ajiroba FC and Shooting Stars of Ibadan holds at the Sport Centre of the Obafemi Awolowo University by 9.00am. Immediately after, the Governor of the State of Osun, Ogbeni Rauf Aregbesola will deliver Ife Summit Lecture titled, ‘Development, Prospect and Unity of the land of Oduduwa’ at Oduduwa hall of the University.

The week-long coronation events started on Monday, 30 November with an interdenominational service at Enuwa Palace Square folowed by a coronation carnival round Ife town the next day. On Wednesday, various musicians gathered to entertain people at the same Enuwa Palace Square in what the organisers of the programme tagged, ‘Artistes Convocation Day’.

On Thursday, congregation of traditional worshippers gathered at Enuwa. The worshippers prayed that the new king enjoys a peaceful rule.

On Sunday, another interdenominational service will hold at Enuwa Square at 10:00am while there will the launch of Ife Resorts at the Ife Toll gate, Ajebandele, along Ibadan Road will take place later that day.

Official inauguration and presentation of staff of office to the Ooni, Oba Ogunwusi, the Ojaja II by the State Governor, Ogbeni Aregbesola at the Enuwa Square takes the centre stage on Monday, 7 December 2015.

Among those expected during the historic event are Her Majesty, the Queen of England, Elizabeth Alexandra; President Muhammadu Buhari and his vice president, Prof Yemi Osinbajo and at least 20 governors.

Meanwhile, the newly crowned monarch has assured the people of Ife kingdom of better things during his reign. He said if he could give out 20 electricity transformers worth about N250m and another 50 when he was a prince, “I will buy another 50 transformers within the next 30 days to further enhance electricity distribution. With this, small scale businesses, welders, tailors and others will naturally witness improvement.”

The Oba who spoke through his elder brother, Prince Adegboyega Ogunwusi, said his cordial relationship with the core investor and the Chairman of Ibadan Electricity Distribution Company, Mr. Tunde Ayeni, will make this a reality.

He assured of rapid transformation of the town.