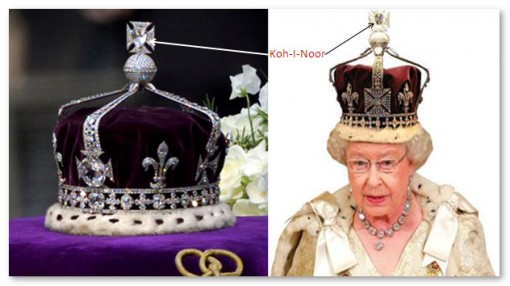 A Pakistani attorney said on Friday in Lahore(Pakistan) that he has filed a court petition seeking the return of the famed Koh-i-Noor diamond Britain forced India to hand over in colonial times.

The 105-carat Koh-i-Noor diamond was one of the Crown Jewels, and was once the largest known diamond in the world.

The diamond was set in a crown last worn by the late mother of Queen Elizabeth II during her coronation.

He said the application was asking that Britain hands back the diamond, now on display in the Tower of London.

“I put it in my petition that “Her Majesty the Queen will rise in the highest public interest with facilitating honest disposal and transferring the possession of the Koh-i-Noor diamond which was illegally taken.

“Koh-i-Noor was not legitimately acquired. Grabbing and snatching it was a private, illegal act which is justified by no law,” he said.

Jafree said India had also made regular requests for the jewel’s return, saying the diamond was an integral part of the country’s history and culture.

Britain’s then colonial governor-general of India arranged for the huge diamond to be presented to Queen Victoria in 1850, during British colonial rule.

Majority-Hindu India and majority-Muslim Pakistan became two different countries in 1947 when they became independent of Britain.

Jafree said the Koh-i-Noor rightly belonged to Pakistan’s Punjab province and was “forcibly and under duress” taken by the British from the local ruler at the time.

“Now it should be returned to Pakistan.

He said if Kate Middleton, the wife of Prince William, who is second in line to the throne, eventually becomes queen consort, she would don the crown holding the diamond on official occasions.

Jafree said that he has in the last half century, written over 786 letters to Queen Elizabeth and various Pakistani officials asking for the diamond’s return.

Meanwhile, British Prime Minister, David Cameron said in an interview during a visit to India in 2010, on Indian television that the diamond would stay in London.

Cameron said during the interview that “What tends to happen with these questions is that if you say yes to one, then you would suddenly find the British Museum empty.