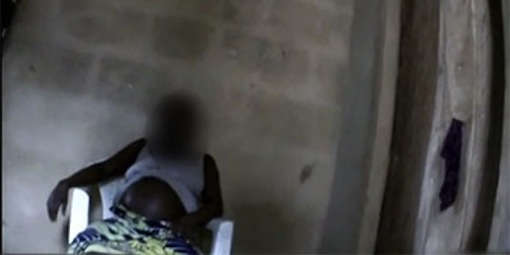 Inside a baby factory in Nigeria

UNESCO first reported on cases of ‘baby harvesting’ in Nigeria in 2006. “Here, childless marriages are sometimes seen as shameful, or even troubled by witchcraft,” says Anas. “At the same time, single mothers are frowned upon and abortion is illegal. Legal adoption takes a long time, so some couples try a short cut. And some unscrupulous people match the unwanted babies with childless couples for money, against the law.”

Anas and Nwaebuni pose as a couple who have been unable to have a child in 12 years of marriage, and who are now being pressured to divorce by his parents.

Equipped with a secret camera, they visit private clinics and orphanages to find out how easy it is to buy a child illegally, with no questions asked.

They are also offered a baby by Basic Clinic and Maternity Home in Imo State, owned by Doctor Ohaeri. They are asked for a similar figure.

“We were not able to care for a stranger’s child ourselves, so we backed out of the deal,” says Anas. “Our investigation has shone a light on parts of a sinister network. It involves genuine doctors and cynical staff in orphanages, who will sell vulnerable children to the highest payer. We have passed our evidence on to the authorities so that justice can prevail.”

Africa Investigates is a groundbreaking Al Jazeera series that gives some of Africa’s best journalists the opportunity to pursue high-level investigative targets across the continent – using their unique perspective and local knowledge to put corruption, exploitation and abuse under the spotlight. Previous documentaries in the series have won One World Media and Mohamed Amin Africa Media awards.