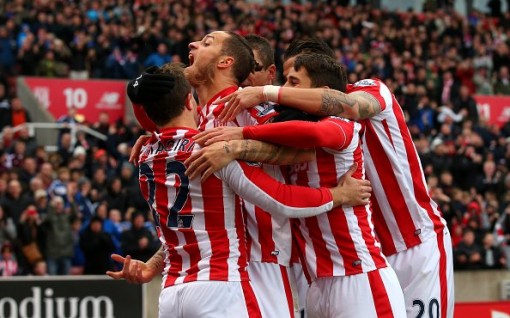 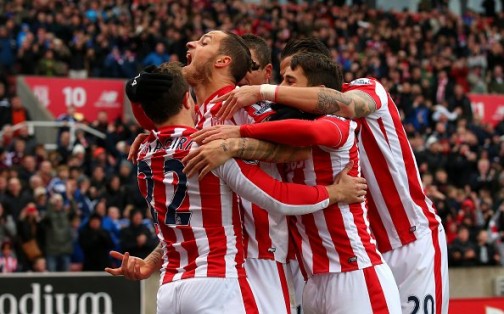 Xherdan Shaqiri created both of Arnautovic’s first-half goals in an inspired performance by the Swiss.

Arnautovic nudged home Shaqiri’s cross for the opener and then finished off a perfectly weighted through ball from his team-mate.

Man City, with Sergio Aguero and Yaya Toure out injured, lacked ideas and have not won in four away league games.

The few chances Man City did create were met by the impressive Jack Butland, as the Stoke keeper kept out efforts from Kevin De Bruyne and Aleksandar Kolarov with sharp saves.

Former Basel and Bayern Munich midfielder Shaqiri had not set the world alight for the Potters so far this term after arriving from Inter Milan in the summer.

But the man nicknamed the Alpine Messi – for his similarities to Lionel Messi in both stature and creative ability – tore Man City apart with ease.

He strode past three visiting players before providing the cross for the opener and regularly found Arnautovic with penetrating balls behind the defence.

Stoke, who sit in mid-table, have built up a reputation for being a sturdy and uninspiring side, but Stoke’s attacking four of Arnautovic, Shaqiri, Ibrahim Afellay and Bojan Krkic provided movement and verve to show that Mark Hughes’ team are evolving and progressing.