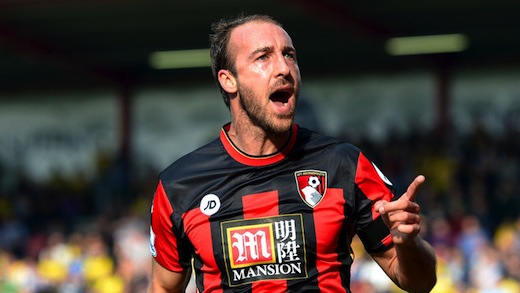 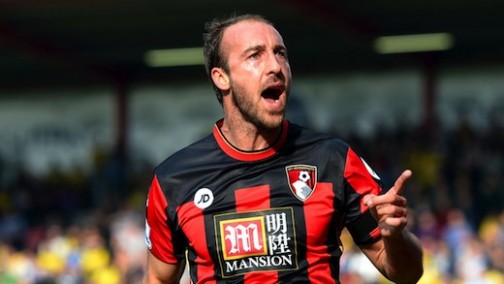 The 82nd-minute goal, scored after Chelsea failed to clear a corner, moves Eddie Howe’s side up to 17th place.

It also makes them the first promoted side to beat Chelsea at home since Charlton in April 2001.

But it leaves the defending champions in 14th place, 14 points adrift of the Champions League places, plus Chelsea have only managed 15 points from 15 games, an average of one point per game.

It had appeared that Chelsea were slowly rediscovering their form after keeping three successive clean sheets in all competitions, but this defeat casts fresh doubt both on their ability to haul themselves back into the Champions League places and on the manager himself.

Mourinho’s side have now lost eight of their 15 Premier League games and are just three points clear of the relegation zone at the beginning of December. The 14-point gap to the top four is beginning to look insurmountable.

Chelsea started once again without Diego Costa, only for the Spain striker – who responded angrily to being an unused substitute against Tottenham last Sunday – to be summoned at the interval.

He did offer a greater presence to a hitherto meek attack, winning the odd header and occupying the visitors’ centre-backs, but could not conjure the goal that would have settled the growing nerves around Stamford Bridge.

The closest Costa came was first narrowly failing to connect with a flashing Branoslav Ivanovic cross, then having a prodded effort blocked by Artur Boruc.

It meant that his only appearance in the referee’s notes was for a booking, received for tugging down Matt Ritchie.

Chelsea were unbeaten in 43 Premier League games at Stamford Bridge against promoted clubs but will rarely have faced one as confident and composed as Eddie Howe’s side were.

Bournemouth were comfortable on the ball and ambitious in their use of it, which allowed them to squeeze up the pitch and cleave open their more feted hosts on several occasions.

Indeed, had it not been for returning Chelsea goalkeeper Thibaut Courtois – who had not played since the defeat by Crystal Palace in August after damaging medial knee ligaments – the visitors might have won more comfortably. The Belgian thwarted Josh King three times in the opening half after being preferred to Asmir Begovic.

However, he was unconvincing in his attempts to claim Junior Stanislas’ 82nd-minute corner, his weak punch being directed back towards goal by Steve Cook before Murray planted a header into the unguarded net. Mourinho might also question Branislav Ivanovic’s tame attempt to prevent Cook winning the loose ball.