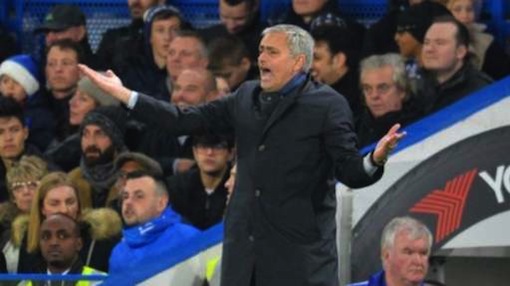 Chelsea manager, Jose Mourinho has said his side did not deserve to lose to Bournemouth on Saturday. Speaking after his team went down to a Glenn Murray finish in the 82nd minute, he said: “The result is not fair. In the first half we were soft and did not press and were not aggressive and were not intense. In the second half everything changed.

“We were aggressive, created chances and had crosses and a clear penalty that the referee did not see. That is the game. In the moment when our opponent were thinking just about defending a clean sheet they cross the halfway line for the first time and scored.

“If it was offside it is another episode that goes against us, but I did not see it.”

Mourinho added that: “Even in the last few minutes, we had two strikers on the pitch and not one got close to touching the cross.

“It is really disappointing because the team was playing better and more confident and we did not expect to lose. But there is no time to be crying – in three days time we have an important game in the Champions League.”

Chelsea face Porto on Wednesday and need a point to progress to the knockout stages.

Winning the competition might be the only option of playing in it next year.