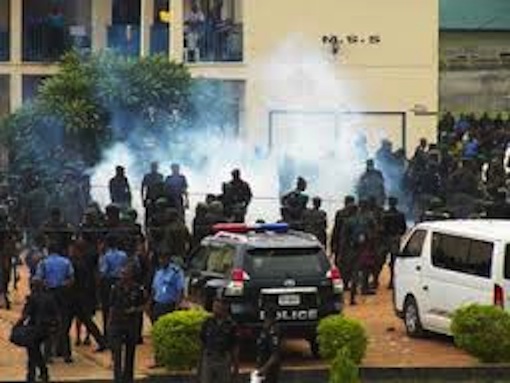 The alleged exchange of fire between opposing political thugs in Southern Ijaw local government area of Bayelsa State has claimed the lives of four persons.

Identities of the casualties are unknown as at the time of filling the report.

They allegedly met their death in a gun battle at Oporoma, headquarters of Southern Ijaw Local Government, where some youths reportedly attempted to snatch sensitive election materials from INEC officials. It took the Military force to repel the thugs

Waves of attack were also reported in other parts of the riverine communities of the State. This is even as camps of candidates of the two major contenders in the governorship election, Timipre Sylva and Seriake Dickson of the APC and PDP respectively, are trading blames over the alleged shootings.