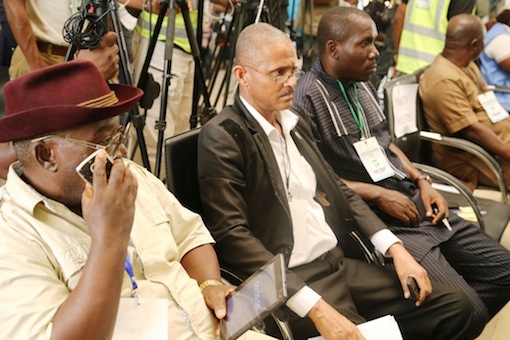 Rep. Fred Agbedi, the Peoples Democratic Party (PDP), agent at the collation centre in Yenagoa has said the cancellation of election in Southern Ijaw Local Government of Bayelsa was in order.

He said the election in the area was marred by violence, intimidation and snatching of election materials.

Agbedi (PDP-Ekeremor/Southern Ijaw Federal Constituency 1), said election should not be conducted in an insecure atmosphere, where voters could not exercise their civic rights.

The All Progressives Congress (APC), however has rejected the cancellation of election in Southern Ijaw Local Government.

Mr Denis Otiotio, the party’s agent at the collation centre, said it objected to the cancellation because they were on course for victory.

He said “the cancellation of the election in Southern Ijaw is an attempt to manipulate the result in favour of a particular party,” he said.

He told NAN in Yenagoa that the tension generated by the rescheduled poll could have turned to an ugly situation.

“We expect honourable conduct of a new election on a date to be fixed.

“We are also happy that the Independent National Electoral Commission lived up to expectation and should continue to be an unbiased umpire,” he said.

Eradiri commended international and local observers for insisting that the right thing should be done to ensure free and fair election.