EFCC arraigns three for N123m fraud, another for N200m forgery 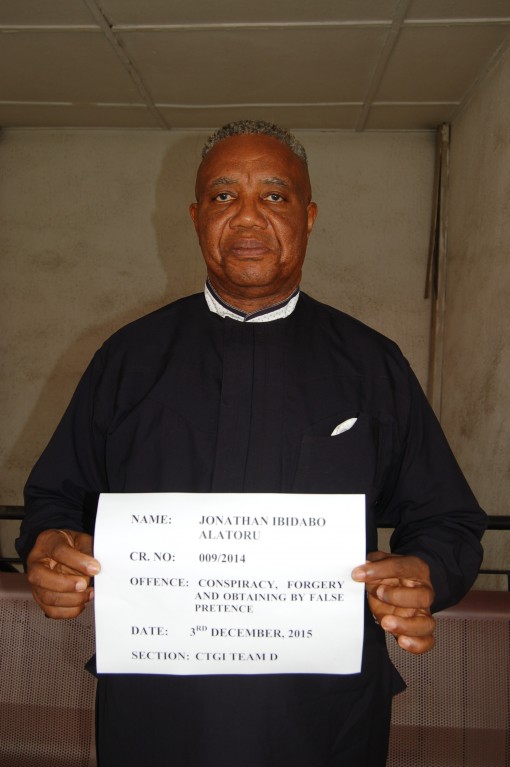 The Economic and Financial Crimes Commission, EFCC, Monday arraigned Okewole Dayo (alias Okewole David Dayo), Bishop Katung Jones and Dadin Kowa Micro Finance Bank Limited before Justice Lewis Allagoa of the Federal High Court sitting in Jos, Plateau State on a 24-count charge bordering on conspiracy, money laundering and obtaining by false pretence to the tune of N123 million.
The accused persons allegedly conspired to form a cooperative society, through which they allegedly swindled unsuspecting “cooperators” of millions of naira.
Instead of investing the contributions of members as agreed, the accused persons allegedly deposited members’ monies in a bank, Dadin Kowa Micro Finance Bank and subsequently had all withdrawn using proxies.
The accused persons pleaded not guilty to the charge preferred against them.
In view of their plea, counsel to the EFCC, Larry Peters Aso urged the court to remand the accused persons in prison custody pending the commencement of trial.
However, the defence counsel, Charles Obisha, SAN, prayed the court to admit the accused to bail, adding that he had filed and served the prosecution with the bail application.
Responding, Aso told the court that, the bail application was served on him this morning and that he needed time to respond.
Justice Allagoa, adjourned the case till 9 December, 2015 for hearing on the bail application and ordered the suspects to be remanded in prison custody.
Also, EFCC has arraigned Chief Jonathan Alatoru before Justice U. N. Agomoh of the Federal High Court, Port Harcourt, Rivers State on an 8-count charge bordering on forgery and obtaining by false pretence to the tune of N200 million.
Alatoru was alleged to have obtained a loan facility of N200 million from a new generation banks sometime in September, 2012 with forged documents ranging from property valuation report, certificate of occupancy and consent letter to pledge the property used as collateral.
The accused pleaded not guilty to the charges against him.
Justice Agomoh granted the accused person bail in the sum of N50 million and two sureties in like sum. One of the sureties must be a civil servant not below salary grade level 14 and must deposit his/her employment letter and last letter of promotion with the court.
The other surety must be a blood relation resident within the jurisdiction of the court. He is to swear to affidavit of means, present two passports and fill a bail bond.
The accused must also deposit his international passport and write an undertaking.
Justice Agomoh adjourned till 21 January, 2016 for trial and ordered the accused person to be remanded in prison custody until the bail conditions are met.