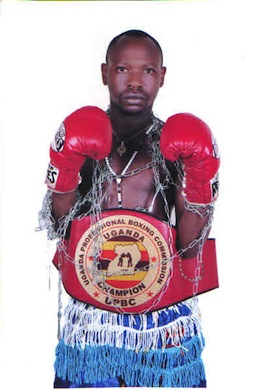 The title clash is the headline bout of the fifth edition of the GOtV Boxing Night holding at the Indoor Sports Hall of the National Stadium, Lagos.

Kakembo, who has a fight record of nine wins in as many fights, was named, following the injury-enforced withdrawal of Kenya’s Francis Kimani, who was initially billed to duel for the title with Skoro.

The Nigerian, who is regarded as a genuine boxing talent, will be coming up against Kakembo, the Ugandan Professional Boxing Commission champion, who has a reputation as a knockout king.

Other fights lined up at the GOtv Boxing Night are two national title bouts and a national challenge contest. Olaide “Fijaborn” Fijabi, the rising star of Nigerian boxing, will seek to dethrone Sadiq Ahmed, National Light Welterweight champion, over 12 rounds.

At stake, aside from the titles on offer, is the cash prize of N1.5million and the Mojisola Ogunsanya Trophy for the best boxer on the night. The event, conceived to revive boxing in the country, is sponsored by GOtv and supported by MultiChoice, SuperSport, Paragonis Multimedia Limited, KSquare Security, Complete Sports, Newsbreak.ng, Brilla FM and Bond FM. The tournament will be broadcast live by SuperSport in 47 African countries.