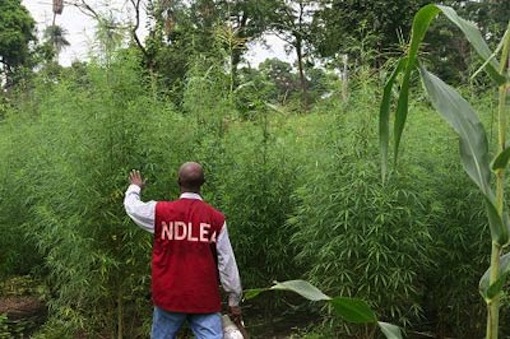 The Leader of the RRS team, Insp. Adeniba Olorunshola, told newsmen that his team stormed a hideout notorious for the sale of Indian hemp in Oyingbo area of the state on Sunday.

According to him, the team acted on a tip off and after two weeks of surveillance decided to swoop on the hideout.

Olorunshola said that six bags of Indian hemp were recovered inside the hideout which had underground escape tunnels.

He said that four suspected peddlers were apprehended but the main suspect, a man popularly known as “Aroso’’ escaped in the raid that took place on Sunday night.

He said that the suspects would be handed over to the NDLEA after investigations had been concluded.

Olorunshola said the manhunt for the drug kingpin, “Aroso’’ would continue.