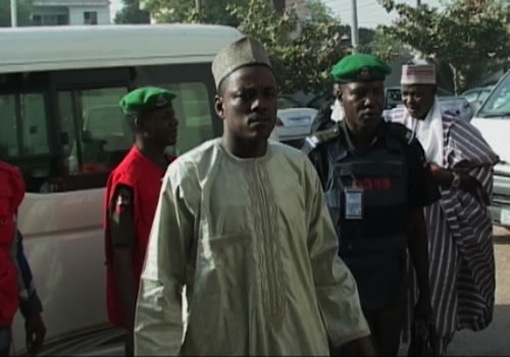 The Court of Appeal sitting in Kaduna on Monday, December 7 dismissed the appeal of Aminu Sule Lamido, the 34-year old son of former Jigawa State governor, Alhaji Sule Lamido, against the decision of the Federal High Court, Kano which found him guilty of the charge of money laundering brought against him by the Economic and Financial Crimes Commission, EFCC.

Aminu Sule Lamido was arrested on the 11th of December 2012 by operatives of the EFCC, at the Mallam Aminu Kano International Airport on his way to Egypt for failure to declare the sum of $40,000 in the Customs Currency Declaration Form after initially declaring the statutory $10,000 to the Nigeria Custom Service.

Aminu, a 2010 graduate of Mass a Communication from the Bayero University Kano, was subsequently arraigned on February 4, 2013, on one count charge of false declaration of foreign currency.

The charge reads: “That you, Aminu Sule Lamido, on or about 11th day of December, 2012 at the Mallam Aminu Kano International Airport, Kano within the Jurisdiction of the Federal High Court while transporting in cash, the sum of $50,000 (fifty thousand dollars only) from Nigeria to Cairo, Egypt, falsely declare to the Nigeria Customs Service the sum of $10,000 (Ten Thousand dollars only) instead of the said sum of $50,000(fifty thousand dollars only) as required under Section 12 of the Foreign Exchange (Monitoring and Miscellaneous Provisions) Act Cap F34 Laws of the Federation of Nigeria 2004 and Section 2(3) of the Money Laundering (Prohibition) Act, 2011 and thereby committed an offence punishable under section 2(5) of the Money Laundering (Prohibition) Act 2011”.

Aminu was tried and consequently convicted on July 12, 2015 by a Federal High Court sitting in Kano and ordered to forfeit 25 percent of the undeclared sum.

The Appellate court in its judgment delivered by Justice H.A.O Abiru upheld the decision of the lower court and resolved all issues raised against the appellant.