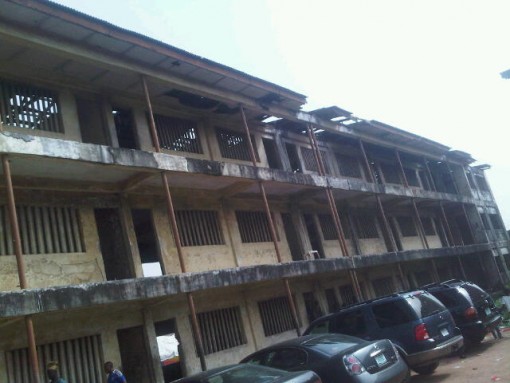 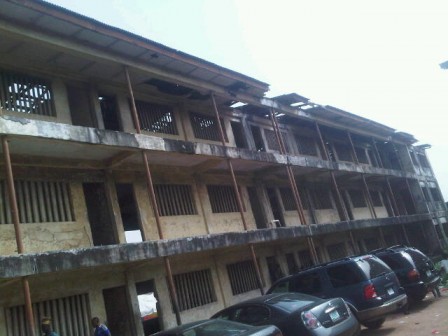 Suspected criminals have taken over an abandoned public school in Mushin, Lagos State, western Nigeria, and converted it into a haven for all forms of criminal activities in the area.

The school initially owned by Catholic missionaries was previously named Bishop Aggrey Memorial School located off Layi Oyekanmi Street in Mushin and was taken over by the Lagos State Government for many years.

A few years ago the school was given back to its original owners and the state government transferred the students elsewhere.

However, since the school was vacated by the state government, it has been empty and no functional activities going on there, thus allowing criminals to take over the place.

P.M.NEWS investigation revealed that apart from using the premises for smoking marijuana, prostitution and sniffing of hard drugs, the premises also serves as a training centre for young armed robbers and take off base for robbery operations within and outside Lagos State.

The residents also confirmed the illegal activities going on there unchecked.

Some of the residents who spoke to our reporter on condition anonymity said that they were overwhelmed by the activities of criminals in the premises.

According to them, they were forced to keep silent after reporting to security agents such as the police and SSS who did nothing about it.

A resident who identified himself as Yinka narrated that it has been an open secret that criminals use the place as their hideout and there was nothing they could do about it.

He said that sometime ago, the residents mobilized and went to both SSS and police and reported the situation and obtained a promise that they were going to look into the matter.

He said the criminals who virtually live in that place have warned the residents to mind their business and assured them of their protection in as much they are not disturbing them.

Yinka said both in the day and night, all manner of people come into the compound to smoke marijuana or sniff drugs, gamble till evening and then drive out and come back early the following morning to continue the same routine unmolested.

“You will hear sounds of guns and people speaking strange language and behaving in an unruly manner. But we usually keep quiet because of our safety,” he explained.

When our reporter visited the premises, it was observed that the structures there comprising two storey buildings and bungalows were empty and dilapidated.

Our reporter also observed that some persons were sleeping in the premises and abandoned personal effects littered the area.

When our reporter went to the Area ‘D’ Police Command, Mushin to speak with the Area Commander, he was told the commander was not around to speak on the matter.

Police sources, however, said previous area commanders could not do anything about it.

Efforts to speak with the Lagos State Police Public Relations Officer, PPRO, failed as his phones were switched off.