Abramovich would be 'foolish' to sack Mourinho - Ferguson 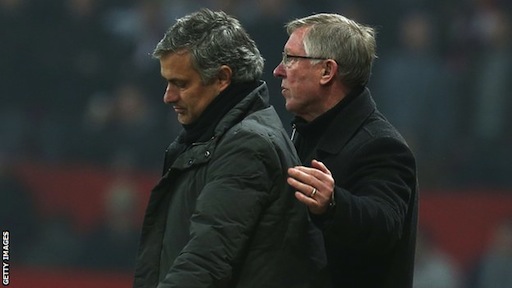 The reigning champions are 14th in the Premier League having lost eight of their 15 matches this season.

It has been reported that Mourinho could be sacked if the Blues fail to win their next two games.

“There is no point in sacking one of the best coaches of all time,” said Ferguson.

“He has sacked so many coaches in the last 10 years. I am sure he has learned by it.

“He has to trust and have confidence that Jose can turn it round. In every country he has managed in he has won the big trophies.

Mourinho returned to Chelsea in the summer of 2013 and won the league and Capital One Cup in his second season, adding to the two league titles, FA Cup and two League Cups he won during his first spell at the club from 2004 to 2007.

Between his stints at Stamford Bridge he won four major trophies with Inter Milan and two at Real Madrid.

“Now is the first time he has been confronted with non-success during his whole career,” said Ferguson, speaking at the TechCrunch Disrupt London event.

“For the first time in his life he has had to deal with bad publicity and adversity and that is a challenge.

“But there are signs they are getting back to a balance, although they lost on Saturday.

“All good leaders will eventually find a solution. I know the guy and I know the work he has done in football and I can’t see it
lasting long.”

On Monday, 14 December, Chelsea’s next league game sees them travel to league leaders Leicester, who are two points clear at the top of the table under manager Claudio Ranieri and 17 ahead of the Blues.

Ferguson said: “This is a big opportunity for them. The way they are playing, they could win the league.

“They have a challenge now of whether they can go the whole way with this current squad. If I was Claudio Ranieri I would want investment in January.”