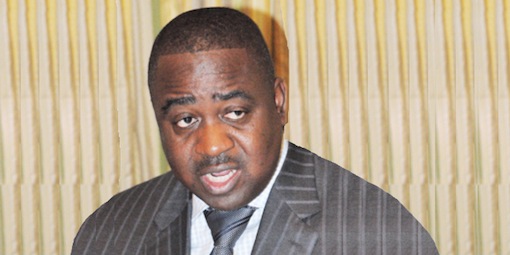 The trial of former Benue State governor, Gabriel Suswan, and his Commissioner for Finance, Omodachi Okolobia, commenced today before Justice A. R. Mohammad of the Federal High Court sitting in Maitama Abuja, with a prosecution witness telling the court how Suswan ordered the sale of Benue State-owned shares through Elixir Investment Partners Limited, a stock brokerage firm.

Both Suswan and Omodachi are being prosecuted by the Economic and Financial Crimes Commission, EFCC, on a nine-count charge bordering on money laundering, abuse of office and obtaining by false pretence to the tune of N3.1 bn.

Suswan and Okolobia were alleged to have diverted the proceeds of the sale of shares owned by the Benue State government and Benue Investment and Property Company Limited.

The offence is punishable under Section 15, Sub-section 3 of the Money Laundering (Prohibition) Act as amended in 2012.

At today’s hearing, prosecution witness, Junaid Sa’id, an operative with the EFCC, told the court how the Commission had swung into action upon receipt of a petition against the accused persons.

Led in evidence by Counsel to EFCC, Rotimi Jacobs, SAN, Sa’id said: “After the Commission received a petition on July 14, 2015, both the staff of Benue Investment and Properties Company (BIPC) and Elixir Investment Partners Limited were invited for interrogation.

Investigation revealed that Suswan had requested that shares owned by Benue State be sold for the sum of N 10bn.

“Thereafter, Elixir Investment Partners Limited was appointed as stock brokers to carry out the sale of the shares. Elixir realised over N9bn from the sale of the shares and was directed to make payment into three accounts. Subsequently, the sum of N1bn was directed to be paid to Benue Investment Properties Company and the balance into two separate accounts in favour of Benue State Ministry of Finance.”

According to him, when payment was to be made by Elixir to one of the Benue State Ministry of Finance accounts, it was discovered that the account belongs to Fanffash Resources.

“Okolobia directed Elixir to pay the money into Fanffash Resources account,” he added.

Speaking further, Sa’id told the court that letters were written to Zenith Bank Plc, requesting for the mandate and account statements of Benue State Ministry of Finance and Fanffash Resources.

He added: “it was revealed that over N5bn was paid into the Benue State Ministry of Finance by Elixir Investment Partners. A total of N3, 111, 8000, 18.5k was paid into Fanffash account domiciled with Zenith Bank Plc.

“Also, when a letter of investigation was written to the Clerk of the House of Assembly to verify if the House, at any time, gave approval for the sale of Benue State Shares, the Clerk answered in the negative.”

Sa’id also told the court that the owner of Fanffash Resources, Abubakar Umar, confirmed to have received the sum of N3, 111, 8000, 18.5k and converted same to the dollar equivalent, which amounted to $15.8.

According to him, Umar delivered the money in cash to the first defendant at his residence in Maitama, Abuja.

Sa’id also said that the second defendant, in his statement, confirmed issuing the directives for the payment made to Fanffash Resources and the Benue State Ministry of Finance.

Okolobia, according to Sa’íd, also confirmed that the first defendant gave the instruction for the payment to be made.

After listening to both counsel, Justice Umar, however, admitted the certified copy of the petition as Exhibit P1 and statements of witnesses as P2 for the first defendant (Suswan) and P3 for second defendant (Okolobia), since there was no specific objection raised by the defendant.

Other documents that were tendered and admitted as exhibits include: House of Assembly (P4), reply to the letter (P5) and the letter to Zenith Bank in relation to the two statements of account (P6).

However, counsel to the first defendant, Daudu, asked for adjournment to enable him study the documents tendered and cross-examine PW1, a position that was supported by the counsel to the second defendant, Audu Anuga.

The case has been adjourned to January 18 and 19, 2016 for cross-examination and continuation of trial.