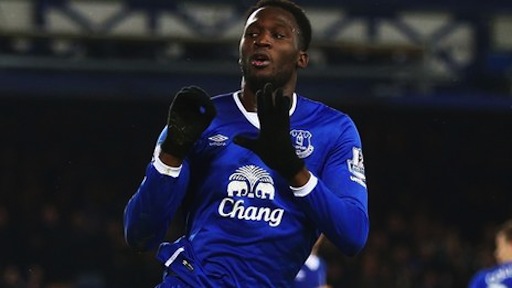 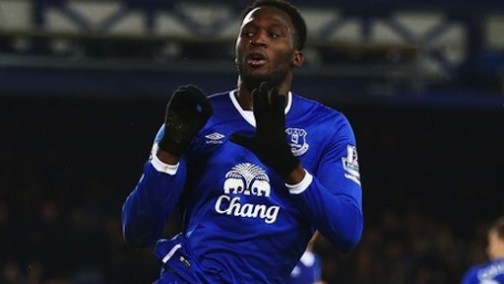 Romelu Lukaku scored his sixth goal in five league games to equalise with a late strike in an entertaining match against Crystal Palace.

Poor Everton defending allowed Scott Dann to head Palace in front late on as the Londoners looked on course to win.

But Lukaku – who had twice struck the woodwork – tapped in Gerard Deulofeu’s low cross from two yards for a deserved point for the dominant hosts.

Palace’s Jordon Mutch sent a shot wide as both sides searched for a winner.

The draw was still enough to move Palace to sixth on goal difference, though manager Alan Pardew will be disappointed that his team only held their lead for five minutes, to drop points from a winning position for the first time this season.

But Everton dominated possession and, in the second half in particular, were adventurous and easy on the eye.

Everton boss Roberto Martinez has boasted he has some of the most valuable young talent in Europe at his disposal and the Spaniard’s highly-prised quartet strengthened the manager’s claim with their performances against Palace.

Record signing Lukaku, Ross Barkley, John Stones and Gerard Deulofeu – aged 22, 22, 21 and 21 respectively – were authoritative and influential, as they have been all season.

Lukaku’s power posed Palace problems, with the post denying him a first-half goal and the crossbar stopping him from equalising straight after Palace took the lead.

Barkley and Deulofeu were inventive, with the latter’s sublime second-half free-kick forcing Connor Wickham to head a defensive header onto his own crossbar, while it was former Barcelona prodigy Deulofeu who again provided the assist to his ruthless team-mate.

At the back, Stones anticipated play brilliantly and, as has become routine this campaign, had the confidence and guile to glide out of defence and even pose a threat in the final third – a quick turn in the box followed up by a dangerous cross was a particular highlight.

Martinez has said a Champions League place is the club’s aim this season and he certainly has four players who, on current form, would be at ease facing Europe’s elite.