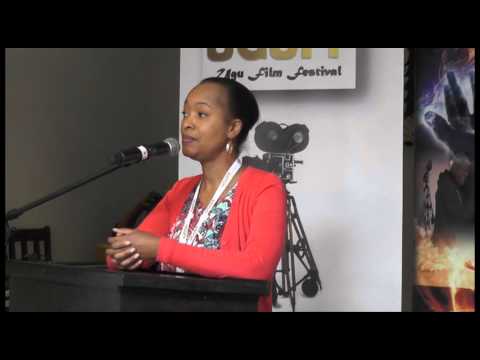 Motsepe spoke with the News Agency of Nigeria (NAN) in Lagos on the sidelines of the delegation’s meeting with some Nollywood film makers.

The commission’s chief operations officer said that it was imperative for both countries’ film industry to begin to work together in promoting African culture and values.

“Shortly after last year’s African International Film Festival in Nigeria, we realised for the first time with our eyes how big and prolific the Nigerian Nollywood industry really is.

“That was when we resolved that we should and must begin to engage actively with Nollywood film makers in producing their films.

“We have even in July, this year, invited some Nollywood film makers to Durban, Kwazulu-Natal on a fact-finding mission on what we can offer them in shooting and producing their films,” she said.

Motsepe said that they were again in Nigeria to immediately follow-up on possible areas of cooperation with Nigerian Nollywood film makers.

She said that the sought cooperation when fruitful would serve as a catalyst to boost both countries’ film industry, as well as promote African culture and values to the rest of the world.

Motsepe said that the commission was in Nigeria to engage with Nigerian film makers on the opportunities of shooting and producing their films that await them in KwaZulu, Durban, South Africa.

She said that KwaZulu was currently the third film destination for film makers in South Africa, after Cape Town and Johannesburg.

“My commission is ready to make more and more Nigerian film makers come to our country and province to shoot and produce their films.

“We also want to encourage co-production of films between Nigerians and South Africans,” Motsepe added.