US man, Bud Weisser arrested for trespass at Budweiser plant 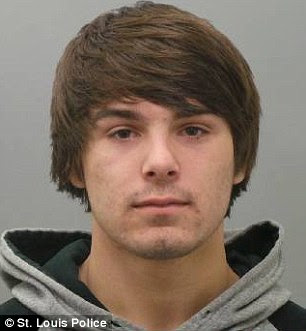 Bud Weisser was arrested for trespassing at Budweisser

A Missouri man named Bud Weisser was taken into custody for trespassing into – of all places – a Budweiser brewery in St. Louis, police said on Monday.

Police apprehended the 19-year-old St. Louis man on Thursday when he entered a secure area at the brewery and refused to leave, the St. Louis Police Department said in a statement.

Weisser was issued summonses for trespassing and resisting arrest and authorities continue to investigate the incident, police said.

Weisser pleaded guilty to burglary in July and his sentence was suspended, online court records showed.

There was no public listing of a lawyer representing Weisser and it was not immediately possible to contact him.