Yuletide: Lagos warns against reckless driving, use of fireworks 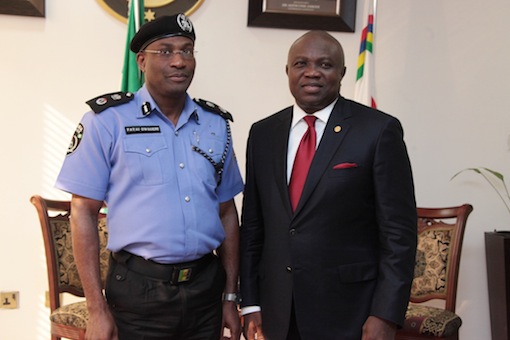 The Lagos State Government on Tuesday reassured residents of the readiness of the Governor Akinwunmi Ambode-led administration to ensure the yuletide season is devoid of traffic gridlock and criminal activities across the metropolis.

Briefing journalists at the Bagauda Kaltho Press Centre in Alausa Secretariat, Commissioner for Special Duties and Inter-governmental Relations, Mr. Seye Oladejo, said the government was concerned about the menace which petrol tankers and other articulated vehicles have become on Lagos roads, as well as the incessant fire incidents and needless road traffic and accidents which have led to loss of lives and properties.

To this end, he said the state government has put adequate measures in place to ensure that residents go about their activities with much ease during the festive period including total enforcement of the traffic and safety laws.

“It is not enough to have safety regulations, they must be enforced and complied with to prevent avoidable loss of lives, properties and injuries”.

“As a government which cares about the safety of lives and properties, nothing short of strict adherence to safety rules will be acceptable, relevant provisions of the law will be applied against erring individuals and organisations”, he said.

Oladejo said the provision of the Traffic Law 2012 which prohibits tankers from plying within the hours of 6am -9pm daily will be totally enforced, warning that according to the law, defaulters risk a fine of N50, 000 or six months imprisonment.

He said the law also specifies punitive measures for persons who drive in a reckless manner without reasonable consideration for others, driving above the speed limit on highway or driving unlatched containerized vehicles.

The Commissioner also stressed the readiness of the government to enforce the ban on the use of fireworks popularly known as “Biscoe and Banger” due to the potential hazard of the device to the people and the environment.

He recalled the December 26, 2012 fire outbreak caused by storage of fireworks in Lagos Island which led to loss of lives and properties worth millions of naira.

He said the danger associated with the dropping of cigarette tubs or fireworks indiscriminately, especially at this period of harmattan pose a great challenge which could lead to fire outbreak.

Oladejo also urged residents to be vigilant especially when in a large gathering such as religious programmes, carnivals, clubs, event centres and restaurant, however assuring that the state remains safe and secure for people living an doing business in the state.

He appealed to religious bodies, cub owners and event centres to work with the state government and security agencies to monitor activities around them and report suspicious and unusual activities during such gathering that may compromise security of lives and properties.

He said the state government will not also hesitate to close down event centres, malls, casinos, cinemas, restaurants, hotels and clubs who fail to comply with the standard practice of having more than one exit.

“The State Government is coming out fully to implement all these laws through our relevant government agencies and the security operatives such as the Nigeria Police, Lagos State Traffic Management Authority (LASTMA), Vehicle Inspection Service (VIS), Task Force on Environmental and Special Offence, Nigeria Security and Civil Defence Corps (NSCDC), Neighbourhood watch by assisting the government in apprehending defaulters of these laws and be prosecuted accordingly”, he said.