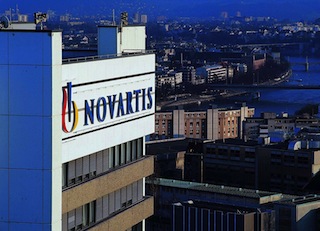 Novartis has announced that it has reached a delivery milestone of 300 million pediatric antimalarial treatments supplied without profit since 2009, helping to reduce the disease burden for children in more than 30 malaria-endemic countries.

Coartem® Dispersible is the first artemisinin-combination therapy (ACT) developed by Novartis in collaboration with Medicines for Malaria Venture (MMV) specifically to meet the needs of children (weighing 5kg and above).

Never before have so many pediatric treatments been distributed in such a short timeframe to children suffering from malaria.

Malaria is a preventable and treatable yet life-threatening disease, caused by parasites (primarily Plasmodium falciparum and Plasmodium vivax). These are transmitted to people through the bite of infected mosquitoes.

Infants and young children are among those most at risk of contracting malaria, with currently 70% of malaria deaths occurring in children under the age of 5 years. While this number has fallen significantly by 71% since 2000, malaria still kills a child every two minutes.

“This milestone underscores our long-standing commitment to the fight against malaria and to the children who are most at risk from the disease,” said Joseph Jimenez, CEO of Novartis.

“We are proud of the part we have played in helping to reduce childhood deaths from malaria. And we continue to provide medicine at no profit to people who need it, contributing to the goal of a world free from the disease.”

Coartem® Dispersible is the pediatric formulation of Coartem®, a combination of Artemether and Lumefantrine (AL) and the standard of care for millions of malaria patients around the world. Coartem® Dispersible was developed by Novartis and Medicines for Malaria Venture (MMV), supporting the UNICEF/WHO call to develop child-friendly medicines.

The WHO guidelines for the treatment of Malaria recommend dispersible tablets rather than liquid formulations for children and infants. As a sweet-tasting tablet that dissolves quickly in small amounts of water, Coartem® Dispersible was the first WHO prequalified child-friendly ACT.

“This is a fantastic achievement and we are proud to have partnered with Novartis on the development of Coartem® Dispersible, helping children who are most at risk of this deadly disease,” said Dr David Reddy, CEO of MMV.

“The WHO World Malaria Report 2015 shows that we are making significant strides in reducing child mortality from malaria, and this is largely thanks to sustained international commitment and the availability of a range of innovative tools and solutions, including quality child-friendly medicines like Coartem® Dispersible. MMV applauds Novartis for making this important drug widely available on a no-profit basis to children in need and achieving this significant milestone.”