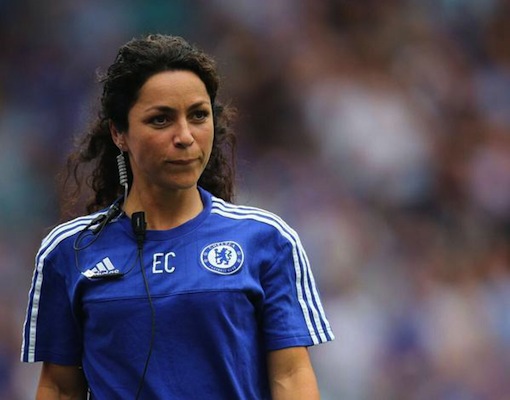 The head of Fifa’s medical committee says he will support Eva Carneiro in her legal case against Chelsea.

Former Blues doctor Carneiro is suing the club for constructive dismissal, while Blues boss Jose Mourinho is the subject of an individual legal action.

Carneiro was dropped from first-team duties after Mourinho said she was “naive” for treating Eden Hazard during a draw with Swansea.

“She did her job, she did her duty – when somebody is medically in trouble she has to intervene. Of course she has my support and the whole medical committee’s.

“I have had email contact with her and she is very happy with the global support of the medical world in football.”

The incident which led to the current situation occurred on 8 August, the opening day of the Premier League season, when Carneiro and head physio Jon Fearn were called on to the pitch by referee Michael Oliver during Chelsea’s 2-2 draw with Swansea to treat midfielder Eden Hazard.

Chelsea were already down to 10 men after goalkeeper Thibaut Courtois was sent off, and with Hazard having to leave the field after being treated despite appearing not to be badly injured, the team were temporarily reduced to nine men.

Mourinho was widely criticised for his comments but was cleared of using discriminatory language by the Football Association.

D’Hooghe conceded that Carneiro may find it difficult to get a new job in football but he would help her if needed.

“I can imagine that in the short term she might have some problems with that,” he added.

“But with her personality and her competence she must certainly have a great future and if I can help her I will do it.”