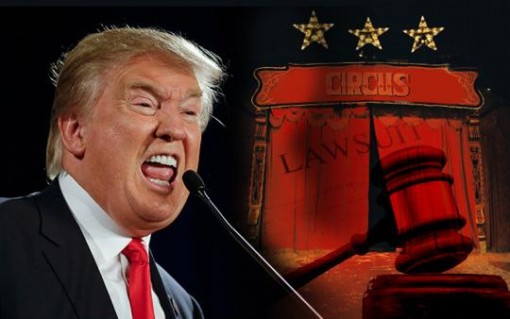 More than 35,000 Britons have signed an online petition to ban United States Republican presidential front-runner Donald Trump from the country following his proposal to ban Muslims from entering the US.

“The UK has banned entry to many individuals for hate speech,” the text of the British petition said.

“If the United Kingdom is to continue applying the ‘unacceptable behaviour’ criteria to those who wish to enter its borders, it must be fairly applied to the rich as well as poor, and the weak as well as powerful.”

The outcry followed Trump’s response to a deadly shooting spree in California by two Muslims whom the FBI said had been radicalised.

Trump had called for a complete shutdown of Muslims entering the U.S. “until our country’s representatives can figure out what is going on.”
By early Wednesday morning the petition had attracted 35,827 signatures – a number which was rising quickly.

The government responds to all petitions that gain more than 10,000 signatures, and if it reaches 100,000 the topic will be considered for a parliamentary debate.

A spokeswoman for Prime Minister David Cameron on Tuesday said that Cameron thought Trump’s comments were “divisive, unhelpful and quite simply wrong”.

Britain’s interior ministry has the power to ban people from entering the country if they have engaged in what the government determines to be unacceptable behaviour.

In the past, people have been banned for fostering hatred that might provoke inter-community violence.

After condemnation from around the world, Trump on Tuesday defended his proposal which he said was no worse than those of then-President Franklin Roosevelt, who oversaw the internment of more than 110,000 people in U.S. government camps after Japanese forces bombed Pearl Harbor on December 7, 1941.

Britain has an estimated 2.7 million Muslim population, earlier in 2015, the government said that fighting extremism was one of the defining battles of this century.

It announced a strategy primarily designed to counter the ideology promoted by Islamic State militants, al Qaeda and other radical extremists.