Odumegwu-Ojukwu, Ifeajuna resurrect in The Encounter 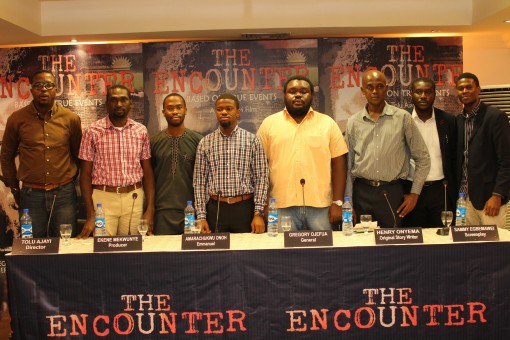 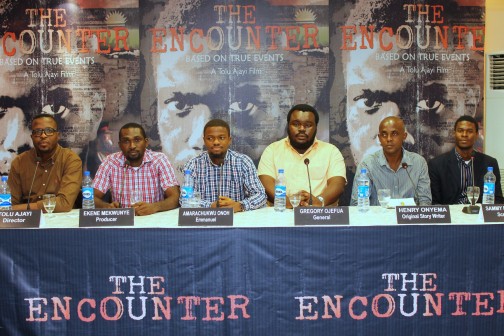 The last conversation between two bosom friends and key players in the Nigeria-Biafra civil war, Emeka Odumegwu-Ojukwu and Emmanuel Ifeajuna, has been adapted into a short-story film titled The Encounter, and premiered in Lagos recently.

The film, a poignant historical drama adaptation based on the short story of same title “The Encounter”, was written by historian, Henry Onyema.

It captures the remarkable story of a moment in the history of the nation and how the events that transpired helped in determining what Nigeria is today.

Set in 1967 during the civil war, an imprisoned Ifeajuna was summoned by his friend and Commander-in-Chief of Biafran Army, Ojukwu for one last conversation and last encounter.

The film, a production of Trino Studios, was shot in Lagos, directed by Tolu Ajayi, produced by Ekene Mekwunye and the screenplay by Sammy Egbemawei.

The role of the main characters General Emeka and Emmanuel Ifeajuna were played by Gregory Ojefua and Amara Onoh respectively, while Stan Nze took the role of Lieutenant Okoh.

Speaking on the short film, Onyema, the original story writer, said the film tells a story about significant characters and a significant period in Nigerian history. He noted that it was written and screened as a story that humanizes the major characters.

“The overall themes of the film will go a long way in portraying Nigerians positively as people who cherish their history and are capable of telling the story in an entertaining manner,” Onyema said.

Ajayi, who is one of the directors of Tinsel, an Mnet series, and whose directorial wizardry was felt in the film, told TheNEWS/PMNEWS at the press briefing preceding the premiere, that the two defining characters in the film are critically juxtaposed in order to depict the tension that was characteristic of the time, while the ensuing conversation causes the audience to engage in meaningful reflection.

Ajayi explained that the process of preparing for the film was exciting with a lot of attention paid to detail. He disclosed that the production designer, Uche Ohiri, supplied various sketches which led to the creation of a mood board which served as the inspiration for visuals in terms of what General Emeka’s office would look like.

In his contribution, Tunwa Aderinokun, one of the executive producers of the film, pointed out that ‘The Encounter’ goes a step further by not only addressing a highly significant issue of the time through seamless storytelling, the film, he added, entertains, educates and also informs the audience on the importance and value of Nigerian history by delving into the subject matter and dissecting and analysing the roles played by pivotal historic personalities.

Uche Okocha, another executive producer, said the story was found online and in the process of reading it, found a lot of reference made to historical characters.

“After having read it, we decided to purchase the rights to the film which was when Henry Onyema, original story writer, was contacted. Trino studios was inspired to produce the film because it is a remarkable story, it was a challenging piece and the value of impact educationally is far-reaching,” Okocha said.

Biafra is a sensitive topic in Nigeria. Were there no reservations about producing and releasing the film at this critical point in time? Okocha feels the coming of the film is expedient at this point in time.

”We can never over-emphasise the importance of Nigerian history and the educational value. We want the audience to be entertained, but most importantly informed and educated,” he said.

Mekwunye, on his part added that it is very important to delve into the history of Nigeria by analysing, discussing and educating people about it.

“We had no reservations producing a short film focused on Biafra because all across the world there are documentaries and films which focus on history and we find that it is equally important that we begin to do so in Nigeria,” he explained.

Mekwunye continued, “It cannot be a better time for people to see the film as it serves to educate the audience about Nigerian history and sheds light on the tragic events that shaped those moments in the nation’s history. The film creates room for reflection as it highlights the issues of the time. Consequently, anyone who watches the film will not want a recurrence of past events.”

With a budget in the range of N7 million, the movie shot entirely in Lagos took a year to make including the time spent carrying out thorough research as well as putting together cast and crew for production.