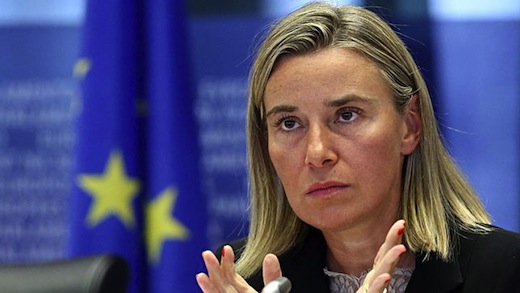 The Organization of Emerging African States (OEAS), an international governmental organization that promotes self-determination and the end to colonial era boundaries in Africa has petitioned European Union High Representative for Foreign Affairs and Security, Federica Mogherini, on the issue of the Biafra Referendum.

The OEAS asked the European External Action Service to utilize its good offices to help prevent a cataclysm of immense proportions in Nigeria by supporting the Biafra Referendum on Self Determination and its preconditions including a stand down of federal armed forces and the immediate release of Biafran activists from jail.

The EU High Representative is reminded that the EU cannot afford to see a massive conflict in Africa’s most populous country with the largest economy and military.

“Nigeria is already reeling from decades of corruption and an apparently unstoppable ISIS led Boko Haram insurgency,” OEAS said in a statement, noting that, “Biafrans at Ontisha have chosen Liberty and will even face death if necessary to achieve their basic human rights of self-determination.”

“Ms. Mogherini is in the position of stopping a potential human catastrophe of Biblical proportions before it begins by prevailing on President Buhari to allow democracy to take its course,” the statement read.