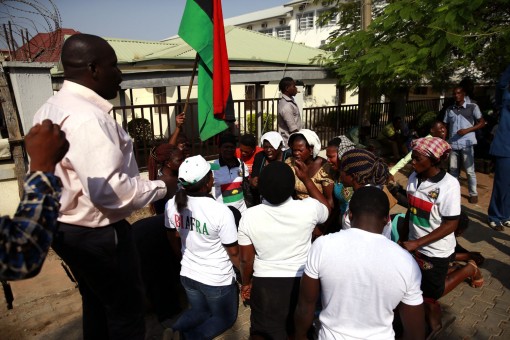 A Federal High Court in Port Harcourt has fixed Thursday, 17 December, 2015 to hear the bail applications of suspected members of the Indigenous People of Biafra, IPOB.

The eight suspects were arrested by the police in connection with the pro-Biafra protests in Port Harcourt, the Rivers State capital, southern Nigeria.

They are standing trial on a two-count charge of treason, conspiring to wage war against the Federal Government and breach of public peace by unlawfully demonstrating and chanting war songs.

The court remanded the accused persons in prison custody pending the hearing and determination of their bail application.

Supporters of Indigenous People of Biafra, IPOB, had protested twice in Port Harcourt during which they disrupted social and economic activities in the oil-rich city.