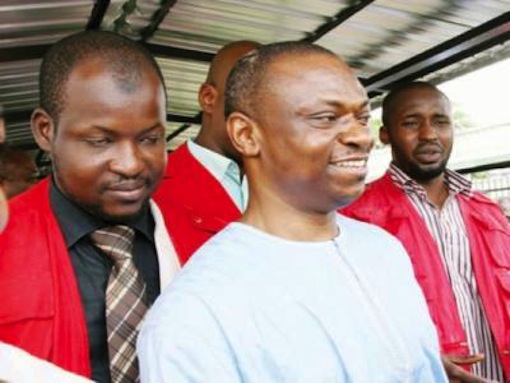 A Federal High Court in Lagos on Thursday fixed March 22 for the commencement of trial of Francis Atuche, a former Managing Director of the defunct Bank PHB.

When the case was called for mention, Mr Kemi Pinheiro (SAN) announced his appearance for the prosecution.

The prosecution, thereafter, applied for a date for trial.

Justice Saliu Saidu, while adjourning the case, fixed March 22 and 23 for trial.

The News Agency of Nigeria (NAN) reports that the accused were re-arraigned by the Economic and Financial Crimes Commission (EFCC) on Feb. 20, 2014, before Justice Saidu, following a re-assignment of the case.

They were first arraigned in 2009 before Justice Akinjide Ajakaiye.

Ajakaiye had granted them bail in the sum of N50 million each with two sureties each in like sum.

They were later re-arraigned before Justice Binta Murtala-Nyako on Feb. 3, 2012, and subsequently, before Justice Rita Ofili-Ajumogobia on Jan. 16, 2013.

Both judges had adopted the bail terms granted by Ajakaiye.

In the charge, the accused were alleged to have granted credit facilities, manipulated shares and committed general banking fraud to the tune of N125 billion.

The offences contravened Sections 7(2) (b) of the Advanced Fee Fraud Act, 2004, and Sections 15(1) of the Failed Banks (Recovery of Debts) and Financial Malpractices in Banks Act, 2004.

Both accused had pleaded not guilty to the charges.