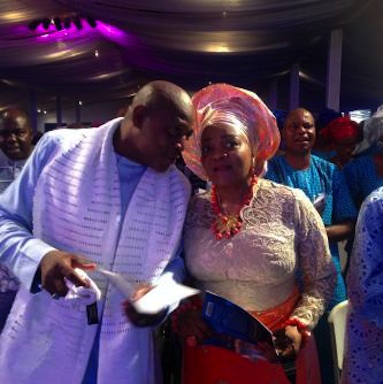 Website of the football federation reported Thursday that the NFF President Amaju Pinnick spoke at length with Keshi over the phone on Thursday afternoon, as news of the tragic incident filtered into the public space.

Kate, 54, died on Wednesday night in far away United States of America, after a brief illness.

“This is devastating. To lose a spouse is the equivalent of a tragedy. I pray that Almighty God will give you and the children the fortitude to bear this huge loss,” Pinnick told Keshi over the phone.

The ‘Big Boss,’ who captained Nigeria for over 10 years, in the process winning the Africa Cup of Nations gold, silver and bronze,
coached the squad to a third African title in South Africa early 2013.

He was in charge of the Super Eagles between November 2011 and June 2015, during which he also led the team to the Round of 16 at the FIFA World Cup finals in Brazil.

“Keshi is a Nigerian hero and we mourn deeply with him at this time. This has come like a big blow, but we pray that he receives divine strength to cope with the situation, and we also pray that the Almighty God will grant the departed eternal rest,” Pinnick added.