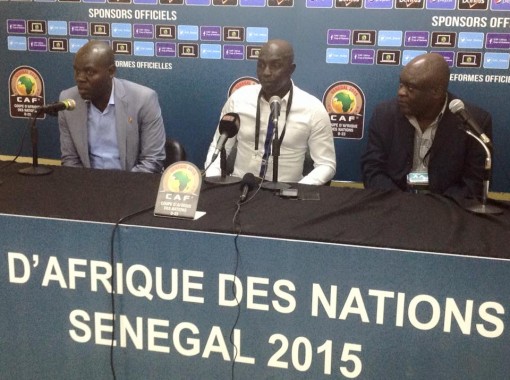 Head coach of Senegal’s U-23 team, Serigne Saliou Dia, has declared that his team won’t miss the second chance of qualifying for the football event of Rio 2016 Olympic Games when they play against South Africa in the third place match of the ongoing U-23 Africa Cup of Nations in Senegal.

The third ticket for Africa will be contested in the third place match between Senegal and South Africa and Coach Dia said it will be fight to the finish with the South African team.

“The third-place match would be a second chance for us to qualify for the Olympics because that is our objective,” the coach told cafonline.com

He, however, revealed his disappointment losing to Samson Siasia’s Dream Team, saying “I’m disappointed that we lost against Nigeria which could’ve cemented our place in the final and the Olympics in Rio de Janeiro, Brazil.

“We’re still close to attaining our goal which is to qualify for Rio. I have to congratulate the boys. They played well but we were not lucky at all. We created so many chances but were not efficient in converting them.”