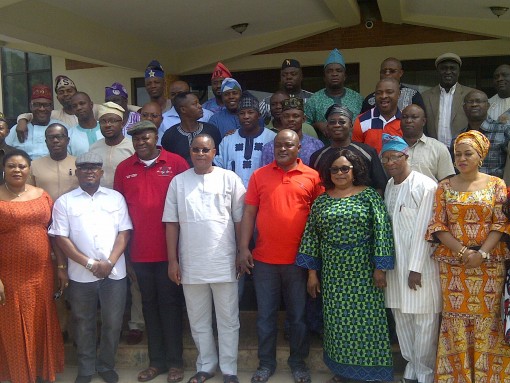 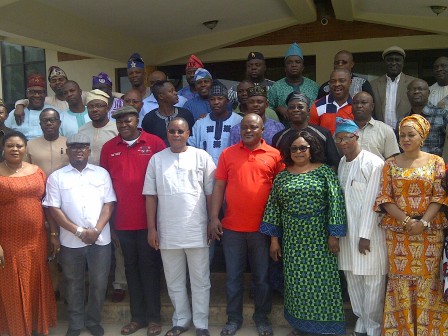 The Lagos State House of Assembly will spend the remaining three years and six months working for the benefit of the residents of the state, Speaker of the Assembly, Mudashiru Obasa, said Thursday.

Obasa, who spoke at a three-day training and capacity building seminar organised for lawmakers of the Assembly at the Olusegun Obasanjo Presidential Library in Abeokuta, the Ogun State capital, urged the lawmakers to be more determined to achieve results and make themselves true representatives of the people of the state.

According to Obasa, most Nigerians regard Lagos state as the centre of excellence that it has been.

He also noted that the state had been lucky to have had committed leaders since the advent of the current democracy in 1999 beginning from the era of Asiwaju Bola Ahmed Tinubu to that of former governor Babatunde Raji Fashola and now Governor Akinwunmi Ambode.

“No efforts should be spared at mapping out an effective strategy that could help us in tackling the increasing poverty, unemployment and misery that have been confronting our people owing to the worsening global economic woes.

“As lawmakers, the time has come for us to gird our loins in our determination to successfully battle these problems and liberate our people once and for all,” Obasa said at the training with the theme ‘Enhancing Capacity for Emerging Challenges and State Development’.

He tasked his colleagues to open up themselves to ideas to make the eighth Assembly the most pro-people and pro-development Legislative House, not just in Lagos, but across the country.

“Colleagues, comprehending what budget constitutes is germane to our daily oversight functions.

“We need to appreciate the basic components of budget such as Internally Generated Revenue (IGR), recurrent and capital expenditure, financing, income, overhead, production, totals, projections and expenses among others.

“This need is as important as the need to apply these same skills to the development, monitoring and implementation of the budget.

“As lawmakers, the time has come for us to gird our loins in our determination to successfully battle these problems and liberate our people once and for all.

“Apart from the fact that we must not leave any stone unturned in our efforts to perform our oversight functions on the executive, we should equally wear our thinking caps in order to make this eighth Assembly the most pro-people and pro-development legislative House, not just in Lagos here but indeed across our great country.

“You will recall that in my acceptance speech on Monday, June 8, 2015, I made bold to say that as your speaker, I will do everything in my power to support policies that will secure and strengthen ‘the people of Lagos state’ tomorrow and for generations to come.

“To fulfil this pledge, we need to understand that no efforts should be spared at mapping out an effective straegy that could help us in tackling the increasing poverty, unemployment and misery that have been confronting our people owing to the worsening global economic woes.

“As lawmakers, the time has come for us to gird our loins in our determination to successfully battle these problems and liberate our people once and for all,” he said.

Obasa urged the lawmakers to ensure that the 2016 budget must be properly scrutinised and promptly approved so that the people could start enjoying the dividends of democracy, adding that there was need to grasp the full understanding of budgeting in line with parliamentary role thus the need for the seminar.

“In the same vein, we need to know that we have oversight functions on the executive, and to effectively do this, we must understand the instrument needed, which is budget in this case. Number one thing there, however, is to know what personnel costs are.

“Likewise in this matter are standing order and business rules of the House. We need to know that our hallowed chamber is the stock exchange of the parliament, where transactions take place. For you to be on top of your game, you need to understand the rules guiding votes and proceedings of the House.”

Welcoming the lawmakers and staff of the House to the training earlier, the Clerk of the House, Mr. Segun Ganiyu Abiru, revealed that the theme of the seminar was carefully designed in consonance with the change mantra of the current political dispensation.

“As a testimony to his commitment, His Excellency, Mr. Akinwunmi Ambode the Governor of the State shortly before the appointment of commissioners in the state reorganised some of the State Ministries in order to strategically reposition them to meet the emerging challenges and needs of the time,” he said.

Abiru emphasised that the leadership of the House equally took its time to carefully study the Governor’s moves and thereafter reconstituted the various House committees for effective legislation, effective oversight and efficient service delivery.

“Besides, going by the so much expectations that trailed the inauguration of the 8th Legislative Assembly on 8th June, 2015 coupled with the track records already set by the past Assembly, there is need for honourable members and staff to redouble their efforts to further improve on their skills and knowledge base which had always been the key to our legislative and commendations by all and sundry,” he said.

He noted that over the years, the state legislature had undergone series of transformation through the exposure of members and staff to capacity building programmes that have equally and evidently boosted their confidence in facing up to various challenges in the discharge of their oversight and legislative assignments.