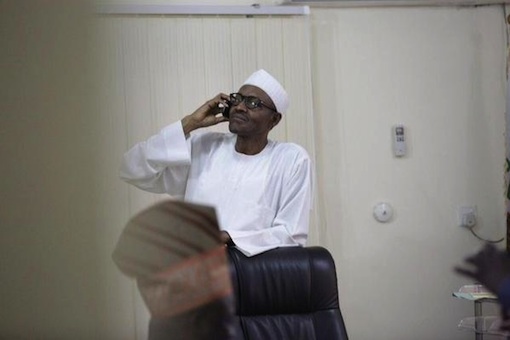 As we draw the curtain on an incredible 2015, it’s time to take our annual look at the videos, moments and channels that shaped our year.  The 2015 list, which includes the biggest viral hits from the most popular channels in the country shows that politics, the elections and of course, music, are still very critical in driving pop culture in Nigeria.

Not surprisingly, Politics was a hot topic on the Nigerian list this year, as the presidential  election and its aftermath loomed large in the minds of Nigerians. Occupying the 5th and 10th position on the top trending non-music videos list are the audio file of Ex-pres. Jonathan’s congratulatory call to Pres. Buhari, and Rev. Mbaka’s outburst pertaining to President Jonathan’s re-election campaign.

However it wasn’t only about the serious stuff alone, as AYTV’s take on ‘Election Results’, Sahara TV’s satirical video on the exit of ‘Patience & Goodluck Jonathan from Aso Rock Staff’ and Bovi TV’s ‘The Innocent Man’ kept the country in stitches.

Also making the top 10 list are the moments that sent shock waves across the nation. The ‘alarming confession of nanny who kidnapped Orekoya children’ and the Lekki Robbery which occurred in March are two of the videos that also made the top-10 list.

Street-type interviews are also fast becoming a top favorite with Nigerian YouTube viewers- a sign that Nigerians want to be involved in deciding the direction of trending stories. Topping the list and holding the much coveted 2015 highest trending video position is Nigeria the Naij interview relating to the Xenophobic attacks in South Africa. The video which was uploaded in April has been watched over 650k times.

In the music category, CEO of top music label “Yahoo Boy No Laptop” (YBNL), Olamide has been a clear favourite, with his runaway hits‘Bobo’, ‘Falila Ketan’, ‘Melo Melo’ and ‘Lagos Boys’ making the list of music videos that kept  Nigerian feet dancing  in 2015.

The gravity-defying moves of Psquare put ‘Collabo’ firmly on the list, which is dominated by videos from Nigeria’s music industry, including Flavour and Chidinma’s ‘Ololufe’, ‘Woju remix’ by Kiss Daniel, and WizKid’s tribute ‘Ojuelegba’.. Wiz Khalifa flies the flag for only foreignartist on the Nigerian list with ‘See You Again’ from the cinema hit Furious 7.

Globally, the top trending videos of 2015 include  Watch Me (Whip /NaeNae) from Silento; The official Super Bowl TV Commercial forClash of Clans: Revenge;, The Crazy Plastic Ball PRANK!! and the hilarious  Lip Synch battle between Will Ferrell, Kevin Hart and Jimmy Fallon.

The top 5 music videos worldwide are the Furious 7 soundtrack, See You Again by Wiz Khalifa featuring Charlie Puth; Sugar by Maroon 5; Ellie Goulding’s Love Me Like You Do; Lean On by Major Lazer & Dj Snake and Taylor Swift’s Bad Blood, featuring Kendrick Lamar.

In celebration of YouTube’s 10th anniversary, the annual Rewind video reviewed the most memorable online memes on YouTube from the past decade. A new feature in YouTube desktop and mobile app, named the YouTube Trending Tab, which will feature a broad range of videos that are popular on YouTube has also been launched. This is a new way to track the videos people are watching, discussing, and sharing each and every day, making Rewind a daily destination.

Be sure to visit google.com/yearinsearch next week for Google’s annual look at the people, places and events that captured the world’s attention.