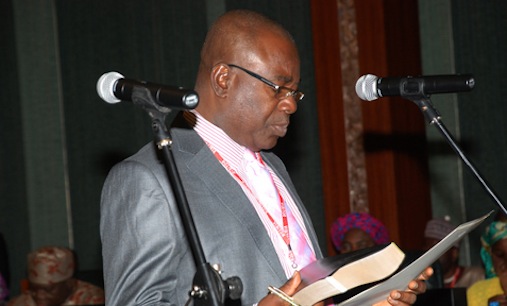 The National Population Commission (NPC) has ruled out feasibility of the national population and housing census scheduled for 2016, blaming late preparation and inadequacy of other resources for the project.

Speaking at a media forum in Abuja, Chairman of the Commission, Chief Eze Duru-Iheoma (SAN), noted that in order to ensure accurate result, the Commission should have prepared two years before 2016 but there were headwinds beyond control.

“We set out plan for 2016 Census because going by the United Nation’s principles and guidelines for Census, it should hold between five and ten years; the Census supposed to hold 2016 going by the fact that last Census was held in 2006.

“Reality on ground is that it requires a minimum of two years to plan for a Census even if you have all the money,” he said.

The Chairman who was represented by the Federal Commissioner for Population representing Enugu State, Dr. Festus Uzor, said the NPC requires 1.1 million enumerators and over 50, 000 supervisors to give the nation accurate Census, stated that “If all the money required is given to us today, we will not be ready by 2016 to do a good job and we will rather not do a job than to do a part job.

“The Chairman had said that the way things are, 2016 is not realistic,” the Commissioner insisted.

However, he urged media to give support in terms of sensitization and publicity towards achieving incontrovertible and accurate national population and housing Census rescheduled for 2017, saying that “your role can mar or make 2017 census.”

The population body urged the media and Nigerians to replicate the same support given Independent National Electoral Commission (INEC) in the 2015 general elections for the proposed Census, adding that viable national policy formulation depends on accurate population data.

“Your job as media is to help us engage Nigerians, government and all stakeholders including NGOs to come together and understand that this census we want to do will be a vehicle for change.

“You can’t plan for people without knowing them,” Uzor emphasized.

Earlier, the Commission had declared its intention to adopt the use of bio-metric data technology for the proposed 2017 population and housing census, explaining that the lessons learned from the previous ones called for use of the technology to ensure data auditability and credibility.

Chief Duru-Iheomawho said the technology involves capturing of facial impression and fingerprints of respondents, added that the aim is to eliminate all forms of manipulation and also give the nation accurate, reliable and indisputable demographic data that will drive the country to sustainable development.

According to him, the introduction of bio-metric verification of respondents’ finger prints and faces will eliminate all forms of contentions and allegations of manipulations that followed the previous exercises.

He also announced that the Commission would recruit over 5,000 ad-hoc staff to complement the number of existing staff of the Commission during the Census enumeration.

Arguments and accusations ensued the last census in 2006 shortly after the Commission announced the number of people residing in Nigeria to be about 150 million, therefore, the population body is expected by the stakeholders to do credible Census this time.