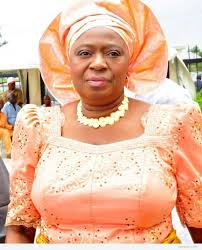 Former Minister of State, Defence, Erelu Olusola Obada will be leading other distinguished Nigerians to the inauguration and investiture of the Theatre Arts and Motion Picture Practitioners Association of Nigeria, TAMPPAN.

“Ever since I’ve been privileged to watch local films at the National Art Theatre way back in the late 1970s to early 1990s, I have fallen in love with Yoruba films. This is because of their powerful story line, and true to life acting the producers and directors come up with,” Obada stated.

Meanwhile, in line with the preparations and programmes for the inauguration day, Omo’Oba Dele Odule, seasoned actor and President of the association, has mandated all registered members of TAMPPAN to work towards a successful inauguration.

Odule noted that the association is poised to reposition arts and the practitioners so as to create a more viable and rewarding environment for film/stage producers, actors, directors and all other arms of production which the executive is working tirelessly to make manifest in all state chapters of TAMPPAN.