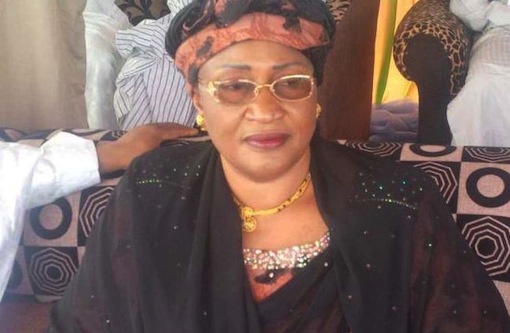 Tarabans in Diaspora has called on the judiciary to save Taraba State and it’s people from what it called bad governance, noting that, the ruling of the election tribunal that declared APC’s Aisha Alhassan as governor of the state was a true symbol of change.

The group in a statement by its president, Thomson Haruna, said the state is in dire need of quality and purposeful leadership and that only the judiciary can enable it to achieve that.

“We are calling on the judiciary because we believe that it is the last hope of the common man and also because it’s ruling in the gubernatorial appeal before it will determine the fate of the people”, he said.

Haruna, who expressed optimism about the sack of Governor Davies Ishaku of the PDP, noted that, the matter is a clear-cut one. “The law demands that primaries must be held and that it is through that process that a candidate can emerge. The PDP in Taraba did not hold any primaries and the law does not recognise independent candidacy”.

He called on people of the state to remain peaceful and calm as they await what he called a judgment, which will mark a new era in the state’s politics.

“The swearing-in of Aisha marks the end of god-fatherism in Taraba politics. This is because she did not ride on anyone’s back to get to where she is. She achieved everything out of sheer determination and hard work. She is indeed a source of inspiration for many people in the country who are aspiring to go into politics but do not have god-fathers”, he said.

He noted that the judiciary has assisted many people across the country to reclaim their mandates, adding that Taraba will not be different.

He said many indigenes of the state who are living abroad are desirous if investing in the state but have not been able to do so,due to what he called poor stare if affairs.

He expressed hope that when Aisha is sworn in, as a woman who has set many records, she will create an enabling environment. That will allow investors to visit the state.

“Things cannot remain like this; we need change and that is what Aisha’ s governorship will provide. I urge the judiciary to give her a chance to turn things around in the state”, he said.
‎
Haruna called on Hajis Aisha to remain true to get beliefs and steadfast in her struggles, adding that people if the state,especially the masses are behind her.