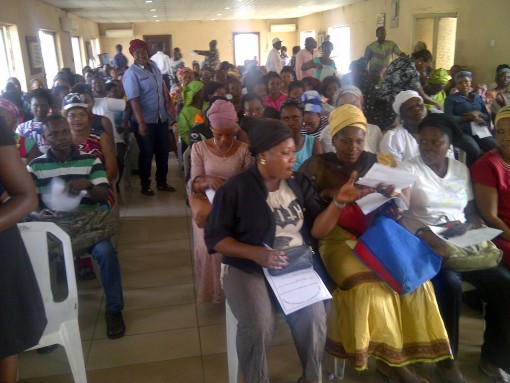 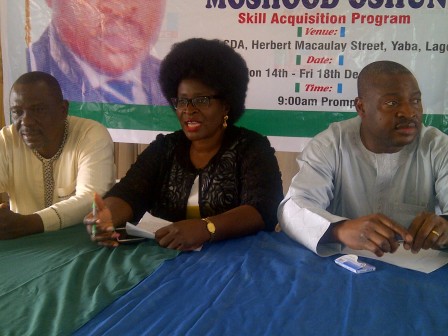 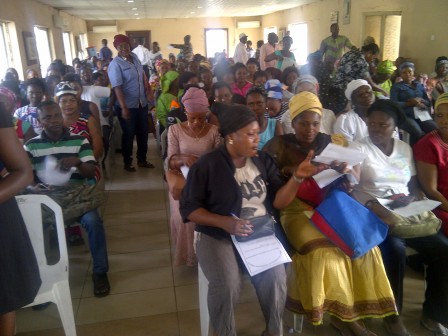 Moshood Oshun, the representative of Lagos Mainland Constituency 2 at the state House of Assembly, on Monday began the training of 250 residents of the constituency on five vocations.

The residents are expected to be certified by their teachers at the end of the training programme, Oshun, who is also the chairman of the House Committee on Public Accounts for State, said at the event.

He also promised to financially support all beneficiaries who decide to work with what they have learnt after the training exercise.

The beneficiaries are to be trained on paint making, making of disinfectants and germicides, soap making, bleach making, balm making, training on make-ups, head tie and headgears, as well as making of chapman, drinks and juice.

The beneficiaries, according to their handlers, would be split into five groups for the various trainings they have chosen while they would all engage in learning to making of chapman and juice.

While addressing the 250 beneficiaries, majorly women, Oshun said the training became necessary to assist the residents shift their attention from searching for white collar jobs which have become very scarce.

Urging Nigerian youths to think of and engage in vocations that would better their lives, he pleaded with the beneficiaries to make good use of the opportunity rather than always wait to get money from politicians.

The lawmaker said though the primary duty of a lawmaker is passing laws to be implemented by the executive arm, he had vowed to always be of service to his constituents.

“There are other things that people can do to boost the economy of ‎the country. This is the more reason why I extended the training to both young and old.

“We are ready to help people who will take the training seriously and work with it and at the end of the day, it would encourage us to do more.

“In Lagos Mainland, there is no week people won’t organise up to seven parties and you see people with different designs of headgears.

“Unfortunately, they are not the ones who fix the headgears themselves. So you can also set up your own business to make money,” he said.

The lawmaker said his wife once told him that people who fix headgears take between N5,000 and N10,000 while make-up artists charge up to N15,000.

He said though free, the training could be rigorous, but that it is easier and better than stealing.

“Beneficiaries who would want to establish their businesses from what they have learnt from the training would be encouraged financially,” he told the beneficiaries.

He said the beneficiaries cut across party and religious lines and were picked by the various religious bodies, parties and the community development associations in the constituency.

Speaking with the beneficiaries also, the Executive Secretary of Yaba Local Council Development Area, Bola Lawal-Olumegbon, urged them to take the training seriously as it would help them meet their basic needs.

“No amount of money given by the lawmaker can make up for the training.

“There is no job anywhere. Therefore, people now live on what they know how to do best.

“We must therefore learn with all seriousness. There is nothing you learn to do and live on that would not benefit you,” she told them.

Most of the politicians and beneficiaries, who spoke at the event, commended the lawmaker with many of them asking him not to stop the gesture.