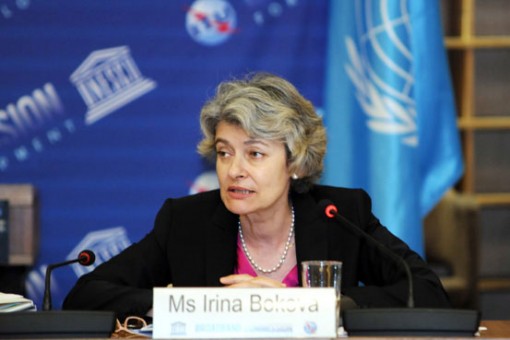 African women have once again displayed inventiveness and excellence when it comes to the sciences as the L’Oréal Foundation and UNESCO have announced the 12 recipients of the 2015 L’Oréal-UNESCO For Women in Science Sub-Saharan Africa Regional Fellowships.

Through the great diversity of their research, this year’s Sub-Saharan African Fellows highlight the changing face of scientific research and the new disciplines that are continually emerging, forging the next generation of For Women in Science fellows. These young researchers share the thrill of curiosity and discovery, and are strong believers that science can change the world.

As part of the program, 12 female scientists from across Sub-Saharan Africa have been honoured for their work and impact in the scientific field. This year applications were received from 19 countries which is testament to the increasing awareness of the program and commitment to advancing women in STEM (Science, Technology, Engineering and Mathematics).

The recipients of the Post-Doctoral Fellowships of 10,000 Euros each are:

The recipients of the Doctoral Fellowships of 5,000 Euros each are:

The scientific research areas covered by this year’s fellows are varied and include studies in the fields of life and engineering sciences, food and water security as well as health. New and emerging areas include laser science, nanotechnology, renewable energy and climate change science. These research studies are aimed at addressing the new sustainable development goals and building a sustainable future and planet.

According to Sandeep Rai, Managing Director of L’Oréal South Africa, “for the last 17 years, with the For Women In Science program, we have been fighting to advance the cause of women scientists worldwide. Much has been achieved: more than 2,000 women have been recognised worldwide, the program has gained recognition from the international scientific community, a springboard to enable women to go further and rise to greater heights. Science is part of our DNA and we are really proud of all the women who continue to make a difference in Africa through our program.”

The L’Oréal-UNESCO For Women in Science Sub-Saharan Africa program in partnership with UNESCO’s African Network of Scientific and Technological Institutions (ANSTI) has reached many women across Africa.

Dr Peggy Oti-Boateng, ANSTI Coordinator and one of this year’s judges, reinforced the need for “science for a sustainable future, we want female scientists to be counted.”

The prestigious Awards Ceremony where fellows were presented with the fellowship took place on the evening of 2 December at The Venue in Melrose Arch, Johannesburg.

Professor Abdool Karim was chosen from the Africa & Arab States region for her remarkable contribution to the prevention and treatment of HIV and associated infections, greatly improving the quality of life of women in Africa. She will be honoured at a global ceremony in France in March 2016.

Past awardees have gone on to achieve extraordinary things; Ameenah Gurib-Fakim, the 2007 international laureate was recently appointed as president of the Republic of Mauritius. This is a significant accolade as a woman in the science field and will enhance her role in developing the SADC region.

The South African scientist Adriana Marais was selected as an International Rising Talent where 15 young women researchers were honoured at the global event.

Each in her field, these women are searching for new ways to tackle the environmental and health challenges. In addition to this, Adriana was selected from more than 200,000 applicants as one of 100 potential astronauts shortlisted for a one-way expedition to Mars.