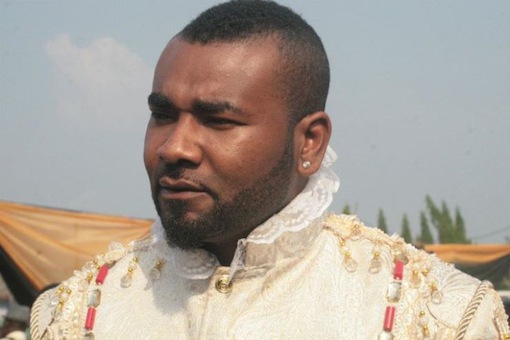 Concerns are being raised about the safety and whereabouts of Prince Eke, Nollywood star allegedly abducted on Saturday December 5 along Port Harcourt-Owerri road.

More than a week after his abduction no contact has been established between the victim’s family and his abductors.

Eke is the husband of Muma Gee, a popular musician of Ekpeye ethnic nationality from Ahoada in Rivers State but based in Lagos.

The news of the abduction of Prince Eke was posted on Facebook page of Iroko TV. The post just said “Our prayers are with Prince Eke and family”.

“We pray for his safe return.”

No further details was given.

The details of the said kidnap remain sketchy at press time.

The Rivers Police could not confirm or give details of the alleged abduction.

It is not clear if Prince Eke recently relocated to Rivers State as he was regularly seen in social circles in Port Harcourt, the capital of Rivers State.

Enquiries made to Ahmad Muhammad, the Rivers Police Command Public Relations Officer, PPRO, did not yield positive result as calls to his cell phone didn’t go through.