Police, JTF nab one pirate , others on the run in Bonny Island clampdown 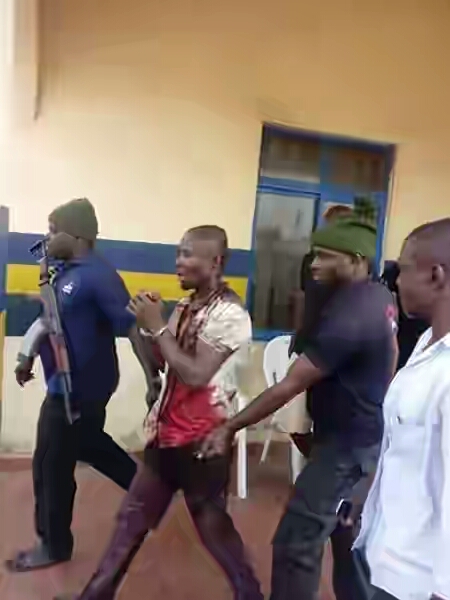 Notorious sea pirates who have made traveling to and from Bonny Island in Rivers state a hellish experience met their waterloo on Monday in the hands of a joint team comprising the Nigeria Police Force, Joint Task Force (JTF), and some Bonny youths.

The collaborative effort was was in reaction to yesterday’s attack on three boats conveying passengers to and from Bonny.

Sequel to the attack on former leader of Bonny Youth Federation (BYF), Maclayton Halliday, whose whereabouts and condition of health remain unknown almost 48 hours after the attack there was mass action to get sea pirates arrested.

According to an eyewitness, “In the course of their search they encountered the hoodlums who were poised to launch another attack and after a brief gun fight, they apprehended one of the suspected pirates while others escaped.

He arrested pirate is said to be assisting the Police and JTF in investigation at the time of filing this report.

Seafarers, indigenes and residents of the area have over the years been subjected to untold suffering due to the heinous activities of these criminals and just last month they urged President Muhammadu Buhari to come to their aide.

The eyewitness who is also an indigene of Bonny said “The sea pirates attack us at will and dispossess travelers of their valuables ranging from cash to jewelries and other items. Most of time they are pushed into the river or ordered to alight onto the muddy shores of the river.

Investigation by our correspondent revealed that the suspected pirates whose gang member was apprehended today are natives of Asarama Town in Andoni local government area of the state.”

Meanwhile, tension is high at the moment as many people in Bonny and Andoni fear that a possible inter-communal conflict between the two neighbouring communities is imminent following the attack on pirates.

Residents of the area are making a passionate appeal to the Rivers State Government, the security agencies and other stakeholders to intervene.