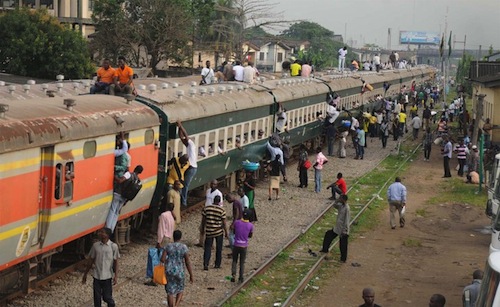 The Nigerian Railway Corporation (NRC) on Monday said that the Minister of Transportation, Mr Chibuike Amaechi , has approved the commencement of the Port Harcourt-Aba Mass Transit Train Service.

This is contained in a statement signed by Mr Abdulraouf Akinwoye, the Public Relations Officer of the NRC in Lagos.

According to the statement, the service has become necessary in order to ease the hardship of commuters in the areas, as part of the change agenda.

It said that the approval was “sequel to the substantial progress on the rehabilitation of the existing narrow-gauge network of Eastern Rail line traversing Port Harcourt to Gombe.’’

“In furtherance to the Federal Government’s quest to providing affordable and reliable train services across the country, the minister of transportation will be flagging off Aba-Port Harcourt mass transit train services.

“For the comfort of passengers and operational efficiency, the newly introduced Aba-Port Harcourt Train is scheduled to run four trips daily from Monday to Saturday.”

It said that “going by the economic potential of Port Harcourt and Aba in commerce, tourism and industrialisation, there is hope for proactive economic growth and virile positive change in the lives of the citizenry of the two benefitting states.”

According to the statement, the official flag-off of the service will hold on Wednesday at Port-Harcourt Railway Station, with the governors of Rivers and Abia in attendance.