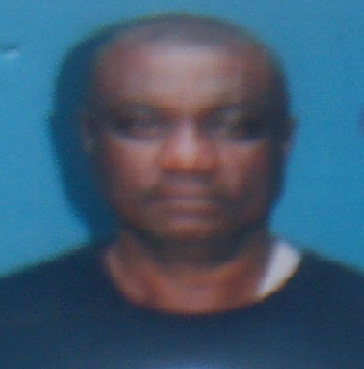 A trader based in Aba, Ogbonnaya Mba, arrested over dollar theft

A trader based in Aba, Abia State, Southeast Nigeria, Ogbonnaya Mba, 54, has been arraigned before a Lagos State Magistrates’ court for allegedly obtaining the sum of 49,450 US dollars (about N9.8 million) from Baba Ali under false pretence.

The accused was arrested by the operatives of the Interpol Section of the Federal Criminal Investigation Department, FCID, Alagbon Close, Ikoyi, Lagos.

He was arraigned on a three-count charge of felony to wit, stealing.

Police Prosecutor, DSP Raymond Odion Akhaine informed the court in charge No. C/13/2015 that the accused, a trader in clothing materials at Aba, Abia State, allegedly committed the offence in September 2015 in Lagos.

Akhaine told the court that the accused collected the sum of 49,450 US dollars equivalent to N9, 890,000 from the complainant, Baba Ali, to transact business with a promise to pay back at an agreed time, but the accused failed to pay back the money.

He said when all efforts by the complainant to retrieve his money from the accused proved futile, he reported the matter to the police.

The accused denied the police allegations in the open court, and the presiding Magistrate, Mrs. A.O. Komolafe admitted the accused to bail in the sum of N200,000 with two sureties in like sum.

Komolafe also directed that the sureties must deposit N200,000 cash with the court’s chief registrar, and she adjourned the case till 19 January, 2016 for mention.

The defendant was however taken to Ikoyi Prison, Lagos, pending when he will fulfill his bail conditions.