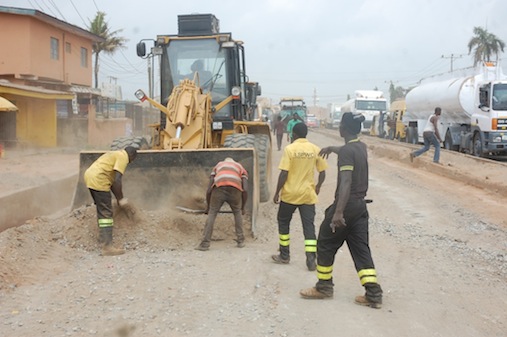 The Senate has urged the Federal Government to establish a process for the punishment of contractors who abandon projects even after collecting mobilisation funds.

It suggested that a project performance and monitoring taskforce could be set up as part of the process.

This followed a motion by Sen. Suleiman Nazif (APC-Bauchi North) at plenary on Tuesday, on the negative impact of abandoned projects on the development of the country.

Nazif said that there were no fewer than 11, 886 abandoned projects across the country that would cost an estimated N7.78 trillion to complete.

He said that public infrastructure accounted for most of the abandoned projects and that those awarded on special considerations were given to friends even when they did not possess any technical capacity to handle such projects.

“Factors such as poor planning, inadequate budgeting, delay in releasing project funds, which leads to delay in execution of projects and increased contract cost variation are the major reasons for project abandonment.

In a unanimously adoption of the motion, the lawmakers lauded the motion, saying it was timely.

In his remarks, President of the Senate, charged all standing committees to take their oversight functions seriously.

He decried the increasing rate of abandoned projects in the country, saying that it was an indictment on the National Assembly for poor oversight performance.

“ I think we have shied away from some of the main functions.

“The motion is a partial indictment on us because Section 88 of the Constitution states clearly that it is our responsibility to oversight projects so that they are not abandoned.

“Even the current investigation going on in the National Security Adviser’s Office also, whether we like it or not, in a way, has again brought the oversight function of the National Assembly to question,’’ Saraki said.

e called on the lawmakers to work with the leadership of the senate to make a difference, adding that a system would be put in place to monitor the activities of the committees.

Meanwhile, the Senate has directed the Nigerian Police Force to integrated one Sergeant Amos Olaniyan, who was suspended for 21 years over alleged involvement in a bribery case.

The upper chamber told the police authorities to ensure that all his entitlements were fully paid, including promotion, and to apologise to him.

The lawmakers also directed that one Corporal Abdullahi Tanko, who was dismissed from the force, should be reinstated.

They said that since a Katsina High Court, where he was tried did not find him guilty of any offence and discharged and acquitted him, he should be reinstated with immediate effect