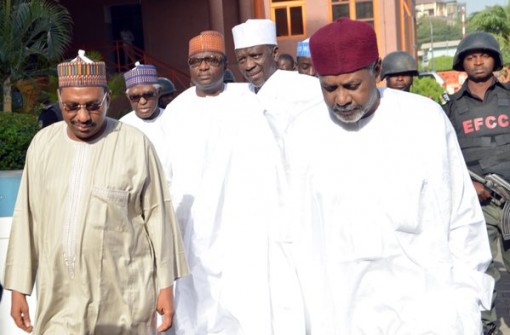 Former National Security Adviser Colonel Sambo Dasuki, the former Minister of State for Finance Malam Bashir Yuguda, former Governor of Sokoto State, Alhaji Attahiru Bafarawa and three others have denied allegations of diversions, misappropriation and breech of public trust in respect of N19.4B criminal charges brought against them by the Federal Government.

The six accused persons are on trial for allegedly misappropriating the huge sum.

They were arraigned on 22 count charges before Justice Peter Affem of the Federal Capital Territory (FCT) high court.
When the charges were read to them, all the accused persons denied the charges one after the others. 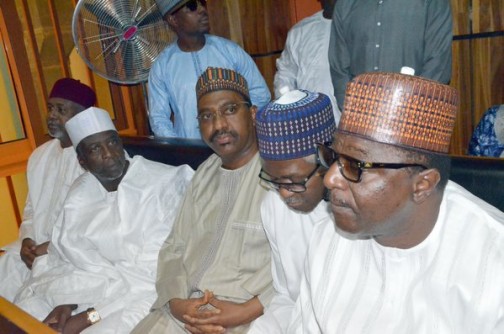 Counsel to the Federal Government Mr Rotimi Jacobs SAN requested for an adjournment of the trial till next year to enable him assemble his witnesses.

However, Counsel to Dasuki Mr Ahmed Raji SAN raised the issue of bail for the accused persons adding that motions for their bail have been filed and served on the prosecution.

The prosecution lawyer Mr Rotimi Jacobs confirmed that he has been served with application for bail of all the accused persons and with the consent of all the lawyers in the trial, the trial judge, Justice Peter Affem adjourned hearing in the bail application until Wednesday the 16th of December 2015.

He also ordered that the accused persons be kept in the custody of the Economic and Financial Crimes Commission (EFCC) until their bail is decided tomorrow.