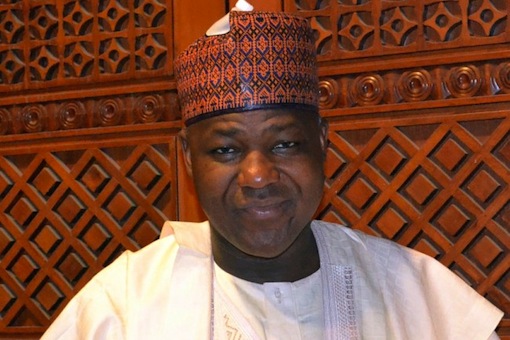 The Speaker, House of Representatives, Yakubu Dogara, on Tuesday said he would lead an advocacy to attract international support for the rehabilitation of the North-East, devastated by insurgency.

Dogara stated this when he received members of ‘’Bauchi State Forum’’, a group of eminent indigenes of his native Bauchi state, led by a former Secretary to the Government of the Federation, Alhaji Yayale Ahmed, in Abuja.

He blamed the crisis in the North-East on ‘’leadership failure’’ and called for concerted efforts from all to salvage the area and its people from the harsh effects of terrorism.

He explained that there were scheduled international engagements where he intended to place the issues of the zone in perspective and show a documentary on it before an international audience.

Dogara said that what was of concern was the level of devastation of infrastructure and displacement of persons in the region.

Earlier, Leader of the Forum, Ahmed, said that the group was on the visit to acquaint the speaker with the events in Bauchi, especially the devastation occasioned by years of terrorism in the area.

He called for concerted of indigenes of the state and the region in rebuilding destroyed communities and facilities and rehabilitation of victims.

Earlier a documentary on the destructive activities of Boko Haram insurgents in the North-East was presented to the speaker and his guests.

The News Agency of Nigeria (NAN) reports that the documentary was presented by a team from the Victim Support Fund (VSF) led by its Executive Secretary, Dr Sunday Ochoche