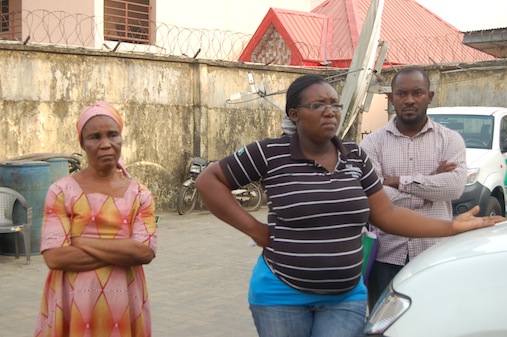 Justice U.N Agomoh of the Federal High Court, Port Harcourt, Rivers State on Tuesday, December 15, 2015, granted bail to Uchenna-Dike Ogbonnaya, Uchenna-Dike Ugomma and Ukeni Ugah Adanne who are being prosecuted by the Economic and Financial Crimes Commission, EFCC on a 17-count charge bordering on stealing, conspiracy, money laundering and obtaining by false pretence to the tune of Eighty Six Million, Nine Hundred and Forty One Thousand, Five Hundred Naira (N86, 941, 500.00).

One of the counts reads: “That you, Uchenna-Dike Ogbonnaya, Uchenna-Dike Ugomma and Ukeni Ugah Adanne, sometime in 2014, at Port Harcourt, Rivers State, within the jurisdiction of this Honorable court, while Uchenna-Dike Ugomma was a staff of Ecobank Nigeria Limited, did conspire among yourselves to commit felony wit; stealing, punishable under Section 516 of the Criminal Code Act Cap.
C38, Laws of the Federation of Nigeria, 2007 read together with Section 1 (1) (d) of the Failed Banks (Recovery of Debts) and Financial Malpractices in Banks Act Cap. B3 Revised Edition (Laws of the Federation of Nigeria) 2007”.

The defendants were arraigned on December 10, 2015 and pleaded not guilty to all the charges preferred against them by the EFCC.

Justice Agomoh admitted the 1st and 3rd defendants to bail in the sum of N5million and 2 sureties each. The sureties must be civil servants on GL 16. They are to provide their employment and last promotion letters as well as their salary slip for the past 3 months. They are also to deposit 2 passport photographs and write an undertaken that the defendants will be present during trial.

Likewise, the 2nd defendant secured bail in the sum of N5million and one surety. The surety must be a blood relation who is a civil servant on GL 16.

The defendant and her surety must deposit 2 passport photographs each. Also, the defendant must undertake in writing to be present during trial.

Justice Agomoh adjourned the matter to January 13, 2016 for trial and ordered the defendants to be remanded in prison custody pending the perfection of their bail terms.