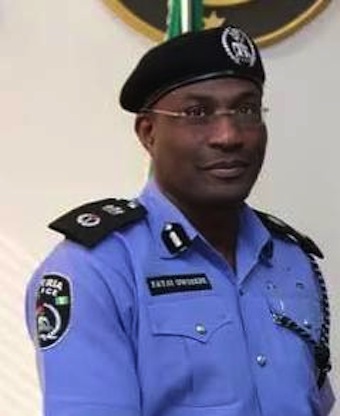 The Divisional Police Officer, DPO, in charge of Ikoyi division, Ikoyi, Lagos, western Nigeria, SP Mustapha Tijani, has led his men to arrest 13 suspected cultists at the whitesand area of Ikoyi while they were allegedly initiating other members into their cult.

P.M.NEWS learnt that the DPO and his men swooped on the suspects recently following a distress call by residents of Falomo area of Ikoyi and its environs that suspected cultists were attacking one another with weapons and in the process disrupting their businesses in the area.

The residents, according to a police source, also accused the suspects of smoking weeds suspected to be marijuana openly in the area thereby polluting the environment.

Items recovered from the arrested suspects, according to the police, include knives, cutlasses and charms.

During investigation, according to the police, all the arrested suspects allegedly confessed to be members of Aye and Eiye secret confraternities.

All the suspects were arraigned before an Igbosere magistrate court on a four-count charge of felony to wit: managing an unlawful society called Aye and Eiye confraternity.

Police prosecutor, Inspector Asu Feddy, said the offences the accused persons committed are punishable under sections 409, 41, 164(a) and 310(1) of the criminal laws of Lagos State, 2011.

All the accused pleaded not guilty to the crime in the open court and the presiding magistrate, Mr. Ade Komaiya, admitted them to bail in the sum of N50,000 each with one surety each in like sum.

He adjourned the case till 28 January, 2016 for mention while all the defendants were taken the Ikoyi Prisons pending when they will fulfill the bail conditions.