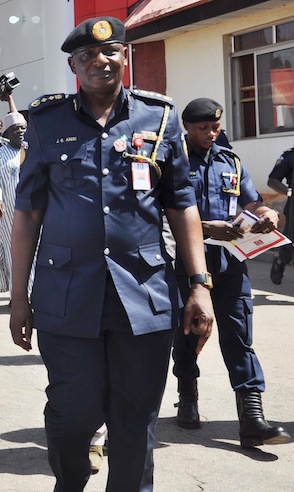 The Federal Fire Service has said that it will sanction any person who failed to comply to the National Fire Safety Code in putting up public structures in the country.

The Controller-General of the service, Joseph Anebi, made the disclosure at an interactive session with newsmen in Abuja on Sunday.

He urged Nigerians to always seek the advice of the service by sending their building plans for vetting and review before embarking on the project.

Anebi, who decried the incessant fire outbreaks in the country, attributed most of the incidents to carelessness of some Nigerians.

He said that the service had fined some filling stations in Kubwa in FCT and Mararaba in Nasarawa State for failing to adhere to the safety code.

The controller-general said that the service had been carrying out risk assessment of some public buildings in the country.

Anebi said that funding had been one of the challenges hampering effective service delivery, adding that there was hope for the service with the new administration in place.

“We have been having challenges in the area of funding, but the new administration has shown concern for the service.

He said that in spite of the funding challenge, the service had been able to discharge its mandate to some extent

On synergy with state fire services, Anebi said that most of them had refused to collaborate with the service.

He said that those who were collaborating were reaping the benefits of the collaboration.

Anebi said that on several occasions they have failed to attend meetings of Directors of state fire service held at the instance of the Federal fire service in Abuja.

He caution Nigerians against fire outbreaks by ensuring that they put off all electrical appliances before leaving the house.

The controller-general also advised that every family should have fire extinguisher at home in case of a fire outbreak.