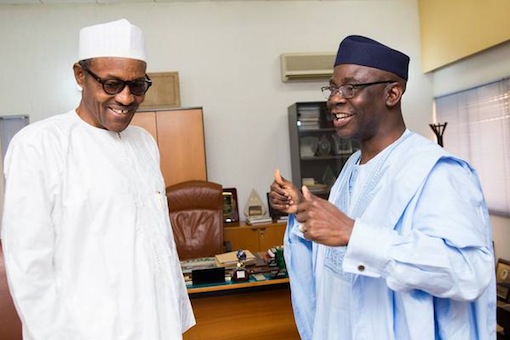 Serving Overseer of the Latter Rain Assembly, Pastor Tunde Bakare has outlined the roadmap to a successful change in Nigeria.

He gave the outlines at his church in his State of the Nation Broadcast aired live on Africa Independent Television, AIT, and some radio stations on Sunday in Lagos, western Nigeria.

He said “we cannot re-arrange the old and label it as new. We have to act differently to create the new Nigeria.”

He said it was absolutely abhorrent a situation where the legislature corners 25 percent of the recurrent expenditure of the nation’s budget at the expense of the vast majority of other citizens.

He said for 16 years politicians fed fat on the nation’s resources and left the crumbs for the ordinary people.

Pastor Bakare acknowledged that these are trying times for the country in terms of insecurity and economic downturn, adding that things are so bad that most of the 36 states are not viable and cannot pay salaries of workers.

He said things are, however, shaping up, with the current war against corruption, efforts to diversify the economy, introduction of single treasury account (STA), reforms in the petroleum industry, infrastructure agenda, etc.

He called for economic diversification in a manner that would empower states to manage their own resources.

Quoting the scriptures copiously, he said without restructuring, the nation cannot attain economic progress, adding that the solution to subsidy on imported petroleum products is to have optimally functional refineries.

Pastor Bakare also called on state governors not to reduce minimum wage but should rather reduce their security votes to enable them pay salaries.

He said Nigeria needs a truly federal state, adding that the 2014 National Conference report should be adopted as a blueprint for Nigeria’s development.

“The 2014 National Conference Report is not a PDP document. It is a Nigerian document. Its contents tally with the manifesto of the All Progressives Congress,” he said.

He called for the adoption of the Dubai economic development model where mega cities emerged through the creation of economic hubs, adding that this could be replicated in Nigeria’s six geo-political zones.

Pastor Bakare, who was President Muhammadu Buhari’s running mate during the 2011 presidential election, said Nigeria is currently undergoing transition after which the country would undergo economic revolution, reformation and transformation in that order.

He recommended what he called the 3Ds to the Federal Government, which are Deregulation, Diversification, and Devolution, adding that “only those who dare drive the world forward. It is time to feed our faith and stab our fears to death. Change is possible. Nigeria can, and Nigeria will change for the better.”

After the broadcast that lasted over an hour, he asked the congregation to pray for Nigeria and pray for themselves to change and for them to witness the impending change in the country in their lifetime.