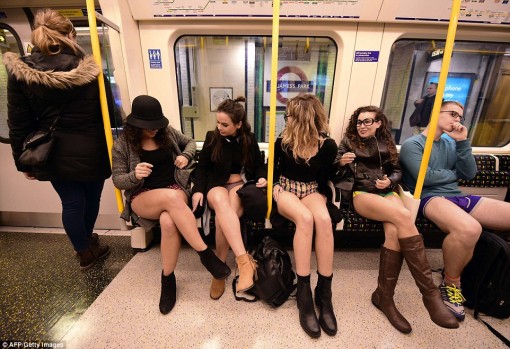 Its weird right? But hundreds of cheeky travellers across the globe rode trains, tubes and subways today with no trousers on as a part of the ‘No Pants Subway Ride’ day.

The event began in 2002 in New York City with seven members of the improvisational group, Improv Everywhere, known for their flash mobs, boarding the subway without trousers. By 2006, 150 people had joined the fun, feeling the draft as they rode the train without trousers.

Ten years on, the fad has spread to countries like Germany, Czech Republic and The UK, proving the trouserless train ride is still alive and well.

‘The idea behind No Pants is simple: Random passengers board a subway car at separate stops in the middle of winter without pants. The participants behave as if they do not know each other, and they all wear winter coats, hats, scarves, and gloves. The only unusual thing is their lack of pants,’ Improv Everywhere’s website reads.

Certain countries are not in favour of the leggy ride. In countries like Latvia officials tried to ban the fad, but after the story came out in the media, Latvians were able to board the trains sans trousers. 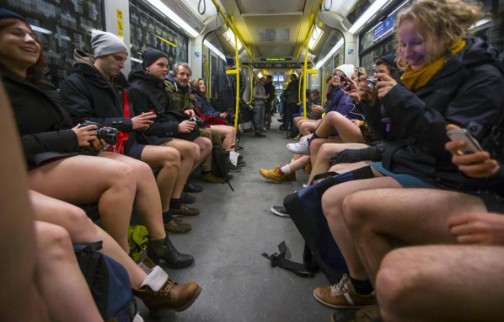 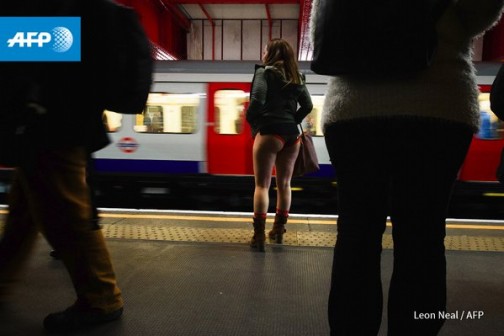